Final Update April 5: Villanova has won the NCAA men’s basketball championship with a 77-74 victory over North Carolina. The last time a Catholic university won the title was 1985 and the winner that year was also the Wildcats.

The Catholic Bracketology didn’t predict an accurate final, but did guess the correct winner.

Of note, the last Catholic university to win the NCAA Tournament was Villanova in 1985.

Update: With the Final Four set, only one Catholic college remains in the tournament — Villanova.

The Wildcats hail from the oldest Catholic college in Pennsylvania, founded in 1842. The school is named after St. Thomas of Villanova.

No. 2 seed Villanova plays fellow No. 2 seed Oklahoma April 2 at 6:09 p.m. for a spot in the championship game.

Here’s what happened to the other nine Catholic schools that made the NCAA field.

A buzzer-beating 3-pointer from Wisconsin eliminated No. 2 seed Xavier 66-63 in the second round on Sunday.

Looking for a spiritual take on March Madness? Read the latest “Christ and Culture” column by Father Thomas Wray.

God smiles on the ranked and unranked alike. A university’s religious affiliation plays virtually no role in athletic performance. Still, with all eyes on the NCAA tournament, the staff of The Catholic Telegraph is bringing you Catholic Bracketology 2016.

This year there are 10 Catholic universities in the NCAA Division I Men’s Basketball Championship field of 68. Among them are two universities from the Archdiocese of Cincinnati in No. 2 seed Xavier and No. 7 Dayton.

The image above shows you the seeding of each Catholic college in the field.

The only Catholic college playing in the First Four play-in games is Holy Cross. The No. 16 seeded Crusaders face Southern March 16 for the right to play No. 1 seed Oregon on March 18. It should be noted that if Holy Cross beats Southern and then beats Oregon, it would be the first time a No. 16 seed has ever defeated  No. 1.

That said, if all the Catholic schools win all of their games (with the higher seed winning if both are Catholic) the following scenarios would arise. In the event of the same seeds matching up, the team with a higher rank in the AP Top 25 poll advances.

*Eight of the Sweet 16 teams would be Catholic schools.

*Six of the Elite 8 would be Catholic schools.

*The Final Four would be Villanova, St. Joseph’s Xavier and Seton Hall.

*The final would be Villanova vs. Xavier. As both are No. 2 seeds, the Catholic Bracketology goes to the AP rankings, which has Villanova at No. 6 and Xavier at No. 9, meaning Villanova would win the national championship.

Four of the 10 Catholic universities in the field are Jesuit (Xavier, Gonzaga, Holy Cross and St. Joseph). The others are Augustinian (Villanova), Dominican (Providence), Congregation of the Holy Cross (Notre Dame), Congregation of Christian Brothers (Iona), Marianist (Dayton) and diocesan (Seton Hall).

The only way for Archdiocese of Cincinnati-located Xavier and Dayton to face off would be the Final Four.

Xavier’s No. 2 seed is the highest in school history. The Musketeers are 23-25 all time in the NCAA tournament. This is the school’s 26th appearance in the field and 10th in 11 years.

Dayton is a No. 7 seed and is making its third consecutive NCAA tournament appearance. It is the school’s 17th appearance in he field.

The last Catholic university to win the NCAA Tournament was Villanova in 1985.

A Catholic guide to March Madness 2021 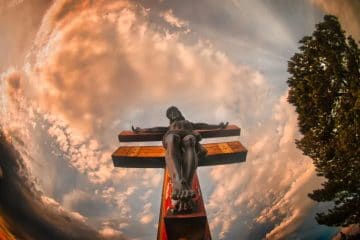