Catholic parents with children in college have something other than rising tuition bills to worry about this fall, as some Catholic colleges and universities are adopting “gender-inclusive” housing policies as part of a broader embrace of gender ideology.

Sacred Heart University, Saint Mary’s College of California, and Fairfield University are three universities providing a “gender-inclusive” roommate option this school year, which means sharing a dorm room with someone of the opposite sex.

Sacred Heart University in Fairfield, Connecticut, offers a gender-inclusive housing option that consists of “two or more students [who] mutually agree to live in a gender-inclusive, multiple-occupancy bedroom, suite, or apartment.”

Any student can opt for being matched with roommates of the opposite sex and the college doesn’t notify parents when students do so. The policy says that it’s “expected and encouraged” that students notify their families about their housing assignment.

The policy offers both random and self-selected roommate assignments. But what if those two students are romantically involved?

“Some relationships are ready for this step while others are not, and there can be serious challenges for all students should the relationship end,” the policy reads.

According to the policy, if problems arise between roommates, a mediation process is implemented. If the problem can’t be resolved, then students are reassigned based on their space needs and housing preferences.

Students who no longer wish to live in gender-inclusive housing can request another housing assignment, but whether the college will accommodate them depends on the “availability of space.

The university website also says it offers “all-gender” restrooms on campus. Sacred Heart did not respond to a request for comment.

Just less than a 15-minute drive away from Sacred Heart, Fairfield University also offers “gender-inclusive” housing with much of the same parameters.

The Jesuit university cites Title IX — a federal law prohibiting sex discrimination that has been reinterpreted under the Biden administration to include “sexual orientation or gender identity” — as the reason for the policy.

The university admits that Title IX allows universities to separate men and women in housing. However, the university claims that “a school must allow transgender students to access housing consistent with their gender identity.”

However, the policy isn’t just limited to students who identify as transgender. Any undergraduate student who has “an understanding of gender identity and gender expression” and wishes to live in “gender-inclusive housing” can participate.

The policy also says transgender students cannot be required to stay in single rooms or disclose personal information to other students.

“Therefore, Fairfield University is implementing changes on campus in order to have better gender inclusive practices to ensure that all students, in alignment with our Jesuit ideals, feel welcomed and safe on campus,” the policy says.

According to a university student-run newspaper, Fairfield has offered the option since 2017, well before the Biden administration made changes to the Title IX rule in 2022.

Patrick J. Reilly, president of The Cardinal Newman Society, told CNA that using Title IX as an excuse to allow men and women to room together is “a shameful deception.”

The Cardinal Newman Society is an organization dedicated to promoting and defending Catholic education. The society publishes a list each year called the Newman Guide that recommends faithful Catholic colleges and universities to Catholic families.

Reilly said that using Title IX as an excuse for gender-inclusive housing is “a shameful deception that puts students in serious physical and moral danger and exposes Fairfield’s Catholic identity as fraudulent.”

According to the U.S. Office for Civil Rights, “Title IX does not apply to an educational institution that is controlled by a religious organization to the extent that application of Title IX would be inconsistent with the religious tenets of the organization.”

The government agency’s website says that “The Department’s Title IX regulations provide that, if an educational institution wishes to claim an exemption, the highest ranking official of the institution submit a written statement to the Assistant Secretary for Civil Rights, identifying the provisions of Title IX that conflict with a specific tenet of the religious organization.”

Fairfield University did not respond to a request for comment.

Saint Mary’s College of California in the San Francisco Bay area offers gender-inclusive housing assignments and a host of other LGBTQ resources.

“It is the intention of Campus Housing to make room assignments on how you, the student, identify,” Saint Mary’s website reads.

The college states it has a “very active LGBTQIA student body” and refers to a list of what makes a college “safe” for LGBTQ students, including gender-neutral housing and bathrooms, access to transgender health care, and “signs of pride” around campus such as rainbow flags and pink triangles.

Saint Mary’s is named as “one of the most LGBT friendly Catholic campuses in the country” by New Ways Ministry, an organization that advocates for changing the Catholic Church’s teachings on same-sex marriage.

Saint Mary’s did not respond to requests for comment.

Denise Donohue, vice president for educator resources at The Cardinal Newman Society, criticized the “gender-inclusive” housing initiatives of each of the universities in light of their Catholic affiliation.

“Giving in to these sexualized ideologies in the guise of diversity and inclusion negates the opportunity for young people to practice the virtues, such as modesty, which will get them to heaven,” Donohue told CNA.

“Young people today need all the support they can get to live chaste lives so they can give of themselves, in purity, to their future spouse or religious life,” she added.

“Where is that message being given at these universities?”

Villanova University in Villanova, Pennsylvania, released a document earlier this year implementing a new policy that allows faculty and students to update their personal information to reflect their new names and preferred pronouns.

“Chosen first name and personal pronoun will now appear on class lists and other university communications,” Villanova’s gender inclusivity manual reads. ​​The policy also instructs faculty and staff on how to be “gender-inclusive” on campus and avoid the “harmful effects of gender stereotyping and misgendering.”

A university spokesman defended the new chosen name policy in an email to CNA, stating, “Calling someone by their name and pronouns is a show of respect for them as a person and fellow Villanovan.”

“Villanova upholds and maintains the Catholic Church’s teaching that all people are accepted with respect, compassion, and sensitivity. As part of our Augustinian values of Veritas, Unitas, Caritas — Truth, Unity and Love — Villanova seeks to be a welcoming and inclusive community that respects members of all backgrounds and faiths,” he added.

“We are dismayed by the recent statement from the Vatican that names same-sex unions as a ‘sin’ and suggests that it is a choice to love someone of the same sex,” the statement reads, adding that the move was “especially hurtful considering the Catholic Church’s longstanding exclusion of LGBTQ+ people.”

The statement concludes with “A Prayer for All Marriages” petitioning for God’s blessing on “every marriage regardless of gender or sexual orientation” and asking God to “guide us as we speak out against oppression in our Church.”

Villanova’s chapter page features its mission statement “to end the rampant heteronormative and transphobia in sports and to activate the athletic community to exercise their leadership to champion LGBTQAI+ equality.”

The page also displays a video of Villanova students discussing how the university has been a “safe space” for them as “queer athletes.”

Pope Francis has condemned gender ideology in recent statements, saying that “biological sex and the sociocultural role of sex [gender] can be distinguished but not separated” and that “it is one thing to be understanding of human weakness and the complexities of life and another to accept ideologies that attempt to sunder what are inseparable aspects of reality.”

New Ways Ministries, which advocates for changing the Catholic Church’s teachings on same-sex marriage, has an ongoing list of “LGBTQ-Friendly Catholic Colleges and Universities.”

According to New Ways’ website, an institution qualifies as LGBTQ-friendly by meeting certain criteria such as having an official student gender and sexuality organization on campus, offering LGBTQ-specific counseling, or having “some public affirmation in place.” There are a total of over 140 Catholic universities on the list.

Cardinal Dolan: Antisemitic attacks ‘sickening’ and must be ‘condemned completely’ 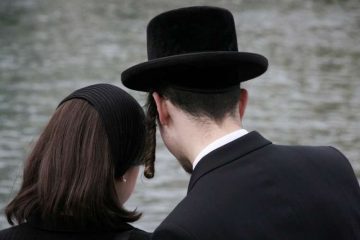