Amid the highest levels of inflation seen in the United States in four decades, food pantries across the country — many of which are run by Catholics — are seeing an increased demand for their services.

Catholic food pantries serve millions of Americans across the country — Catholics and non-Catholics alike — every year. For people in need, they make the difference between having food on the table and going hungry.

“If it were not for this pantry, there would have been times when we would not have had food,” said LaShanda Davis, a security officer who receives help from the Guadalupe Center food pantry in Houston, Texas.

Now, under the weight of inflation, many pantries are struggling. Grocery prices jumped nearly 11% in July 2022 compared to the previous year. Those increases impact the food pantries themselves as well as their customers.

One food bank in St. Louis saw its monthly grocery bill more than double in recent months. In Chicago, the Mission of Our Lady of the Angels food pantry said the number of families seeking help increased by 50% since last summer. And one of Louisiana’s largest food banks is reporting that the number of needy people seeking its services is increasing by 5% every month. Catholic Charities organizations in both Nashville and Gallup, New Mexico, also told CNA that their food pantries have seen a substantial increase in demand since the start of 2022.

People are turning to these food pantries not only for food but also for help with other needs, a spokesperson for the Catholic Charities of the Archdiocese of Galveston-Houston told CNA. These include clothing, school supplies, rental and utility assistance, employment guidance, and education.

While demand at the pantries does not appear to be quite as sky-high as it was during the initial COVID-19 crisis in 2020, inflation seems to have created a more sustained high demand.

Haley Calabro, director of the St. Augustine Wellston Center in St. Louis, told CNA that they typically served 300-400 people before the start of the COVID crisis, and a record 1,400 in April 2020, but that number eventually went back down again to typical levels as the pandemic wore on. They are serving around 840 people a month now, she said.

Catholic Charities, whose agencies manage over 1,000 food banks and pantries across all 50 states and five U.S. territories, serves over 8.4 million individuals each year.

Jane Stenson, the vice president of poverty reduction programs and services at Catholic Charities USA, told CNA that “many agencies have stated that they are having difficulty keeping food on the shelves.”

According to the Bureau of Labor Statistics, food inflation in the United States hit 10.9% in July 2022, the highest since May 1979. Food-at-home prices — meaning the cost of food at the grocery store — increased by 13.1%.

Stenson spoke about the impact of the current economic climate and inflation, noting that some corporate donations of food products have dried up, since it is more expedient for them to sell their products for a good price.

In addition, many of their individual donors — on which many food pantries rely — are not giving or are giving less, “since everyone is dealing with inflation,” she said.

Dave Barringer, national CEO of the Society of St. Vincent de Paul, told CNA that during the pandemic “we did not see an increase in food needs as much as a need to get food to people in different, safer, ways,” such as with contactless methods of food distribution. SVDP mobilizes hundreds of thousands of volunteers across the country, arranged into local groups called conferences, to provide various kinds of aid to the poor through personal encounters.

Now, Barringer says, the needs they see among the people they serve are primarily financial.

“They tell us that wages are up, but not enough to meet the increased costs of energy, especially gasoline and home energy,” Barringer explained. “Their food costs are skyrocketing, so food pantry essentials stretch what they can afford on their own … They come to us first, and then supplement at the grocery store.”

Barringer said they have also seen a trend toward family members moving in with each other in larger numbers to save money on rent, more people working multiple jobs, and many undocumented immigrant families who are unable to receive social assistance because of their legal status.

Barringer recognized the importance of food pantries, but emphasized that they are “only band-aids for families in need.”

“We can’t as Catholics give enough food (or school backpacks or anything else) away to solve this economic problem, we can only ease the pain,” he said. “The Society of St. Vincent de Paul is focusing on systemic change solutions such as financial literacy, workforce development, re-entry programs and alternatives to predatory lending to help our neighbors with longer-term solutions to avoid or escape poverty.”

Natalie Jayroe, president and CEO of Second Harvest Food Bank in south Louisiana, told CNA that ever since the start of the pandemic, the “level of anxiety and need” among the people they serve has not abated.

The food bank already serves about 200,000 people in south Louisiana, and Jayroe said the number of people seeking their services has increased by 5% every month since inflation started rising.

One problem Second Harvest faces is that much of the federal money allocated during the pandemic has dried up, leaving the food bank to foot more of the bill than it did during the initial period of high demand brought on by the COVID crisis.

The St. Augustine Wellston Center, in St. Louis, distributes food to families monthly and buys much of its food using donated funds rather than relying on donated items. Calabro, the director, said their monthly grocery bill has increased in recent months from about $1,200 on average to nearly $3,000.

Calabro said they are seeing an increase not only in the numbers of families that are coming to them for assistance but also an increase in the number of times families have had to return to them to seek help.

The three food pantries operated by Catholic Charities of the Archdiocese of Galveston-Houston “have seen a significant increase by families who are experiencing food insecurity,” a spokesperson told CNA.

“People are not only coming in for food, but they are also requesting clothing, school supplies, cleaning products, rental, and utility assistance,” she said. “Many are even seeking employment guidance and education and training assistance.”

Community members who depend on the pantries for sustenance, like LaShanda Davis, remain grateful for their work.

“This pantry has been a true blessing to my family and me,” Davis said.

Mary Agnes Erlandson, the center director for St. Margaret’s Center in Inglewood, California, a part of Catholic Charities of Los Angeles, told CNA that the families they serve “are definitely feeling the impact of the economy and inflation.”

“All the expenses are going up including rent, so we’re getting a lot of people calling and asking for utility assistance, rent assistance,” Erlandson said.

During the COVID-19 pandemic, St. Margaret’s held a weekly drive-through food pantry that served roughly 200 families. Today, the center runs a modified food pantry open Tuesday through Friday, that serves 30 to 40 families each day. Volunteers prepare food based on families’ needs, Erlandson said, with the help of volunteers, who pick up food from stores every day.

At St. Margaret’s Center, Erlandson recommended that people call their local food pantry to see what they need most. Food pantries have different needs depending on their location, size, and population that they serve — and sometimes they receive an excess of one item when they need something else.

Calabro, of St. Louis’ Wellston Center, gave similar advice, urging people of good will to check their local food pantry’s website to ensure they are donating something the pantry needs, rather than whatever surplus items they have on hand. For an operation like the Wellston Center, which buys most of its food, cash donations can be especially helpful.

“Often cash is preferable which allows pantries to purchase selective items that they know they need,” she said.

At the same time, she stressed that right now, “any and all donations are very much welcomed.”

The Catholic Charities of the Archdiocese of Galveston-Houston pointed to the Catholic reasoning behind providing help to those in need.

“Catholic Social Teaching urges us to treat one another with dignity and compassion,” a spokesperson for the Catholic Charities of the Archdiocese of Galveston-Houston told CNA. “Catholics can continue to heed Christ’s call to care for the most vulnerable of God’s children by volunteering at food pantries and utilizing their networks and resources to help feed more families.” 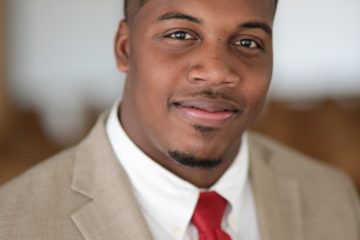