“What’s in a name?” the Bard asked in “Romeo and Juliet.”

Or perhaps, what’s in a word? In the case of Cincinnati’s Catholic schools, there’s a lot in a word, especially when that word is “deficit.”

On April 29, The Cincinnati Enquirer used that word to headline a story reporting there was a $15 million funding shortfall feeding urgency for the archdiocesan “Lighting the Way” initiative for Catholic schools, a multi-year effort to create a vision for the system that educates thousands of southwest Ohio children, many of whom are not Catholic.

“The economics of Catholic education have changed dramatically over the years,” wrote archdiocesan Catholic Schools Superintendent Jim Rigg the next day on his blog. “Most schools, both locally and nationally, rely upon additional income garnered through parish subsidies.”

Rigg explained that in addition to the longstanding tradition of parishes supporting their schools, private donations and aggressive fund raising has helped control rising tuition costs.

Rigg said as the school year ended that some of the data that appeared in the story was more than two years old. Additionally, data from elementary schools were included that are not operated by the archdiocese.

The basis for the report was a financial analysis that was released on the archdiocesan school website in November and December of 2011.  Rigg said the shortfall could be considered serious if it continues over a number of years but he also said the generous nature of Catholics in the various parishes, “willing to share their treasure to maintain the vitality of their schools,” gave him great hope.

Financial concerns are among the aspects of “Lighting the Way,” a unified visioning effort for the schools of the archdiocese, along with curriculum, governance and other topics.
The visioning team is expected to complete its work later this year.

Responding to God with a ‘generous yes’ 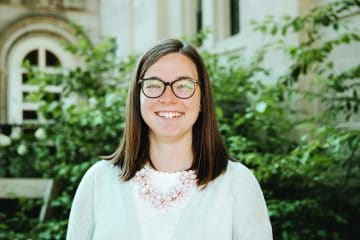