For Lidia Bastianich food is about family, making connections and celebrating life.

The Emmy-award winning host of “Lidia’s Kitchen,” best selling author and restaurateur has made her mark on the cooking scene, while remaining true to her roots and firm in her faith. Bastianich, an Italian born Catholic, who escaped with her family after her region in Italy was awarded to communist Yugoslavia and the Iron Curtain erected, said that her mother and grandmother were instrumental in establishing the importance that food has to her.

“We had a little courtyard and my grandmother had many animals,” she recalled. “There was always something to do with food, and we girls would help my mom and grandma. I learned as I went along. Food became my connection to a place where I felt very loved and wanted.” 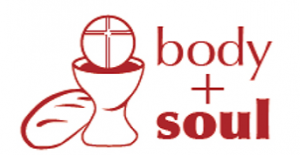 Her family eventually escaped back to Italy, spending two years in refugee camp before coming to the United States with the assistance of Catholic Relief Services. The organization, to which Bastianich remains grateful, found lodging for them and a job for her father.

“That was so appreciated, something you don’t forget,” she said. “We didn’t know the language, or anyone here, so to have that help and sense of security meant everything.”

The experience has stayed with Bastianich through her successes; she has penned 13 books, has a line of commercial cookware, separate lines of sauces and made-in-Italy pastas, and is the owner of a string of restaurants in New York City; Chicago; Kansas City, Mo., and Brazil.

“When I talk to God, I say ‘what you have given me isn’t mine to keep. You gave it to me for a reason. Send me opportunities to give back,”she said.

It was while giving back that Bastianich had the opportunity to cook for the first of two pontiffs. Bastianich said she received the request to cook for Pope Benedict XVI for his 2008 visit to the United States from Archbishop Celestino Migliore, then the head of the Vatican’s permanent observer mission to the United Nations, after she had done a decade’s worth of charity events at the U.N. to raise money to help single-parent and rural families.

She researched the pontiff’s needs ahead of time.

“His mother was a chef. So he ate good,” she said. “I come from an area of Italy, a little Germanic. So I had spaetzle (a German dumpling), goulash, strudels, that’s what I did for Pope Benedict. I went into his childhood flavors.”

Pope Francis’ needs were a bit different when he visited NYC last September.

“At his bed, all he wanted at his bed was water and bananas,” Bastianich said. “I put a few crackers there just in case.”

At mealtimes, she was thinking, “He’s vibrant. (I thought) big pieces of meat. Some nice rib roast, bring the whole roast out. But he wanted very simple. I guess he’s on somewhat of a diet. Not a real diet but they’re watching. So I thought OK, no big meat. Veal was fine, chicken was fine, fish. I thought he’s Italian, too, from (the) Piedmont (region of his ancestors). They do a lot of rice and a lot of vegetables, peppers; he loves peppers, he loves squash, he loves potatoes, I did risotto, I did a big pot of soup — capon soup because it’s restorative. He had soup each day, because I felt he needed that in his travels.”

After lunch on Sept. 25, Bastianich said, Pope Francis “surprised all of us” with a visit to the kitchen and request to join them for coffee. “We were floored and little jittery,” she admitted.

“He addressed each of us, asked about our family, blessed us, touched the (sign of the) cross on our forehead. Such a gentle smile, attitude,” she recalled. “And then he said, ‘Please pray for me.’ That brought all of us to tears. This man who we ask to pray for us, he says, ‘Pray for me.’”

“For me to cook for him, especially as a Catholic, it was just tremendous,” Bastianich added. “This is a person who nourishes the whole world spiritually and emotionally, and it was my duty to nourish him.”

The wonderful thing about food, she said, is that “it’s an equalizer,” she said. “When you’re working with food, the tension just goes away. Once I met Pope Francis, everything was comfortable and it was just beautiful. I cooked and served him with love. Food is an act of love. It keeps us alive. To be at the table together, breaking break, giving to each other. That’s what it’s all about.”

Her latest book reflects what family and food mean to Bastianich. Lidia’s Mastering the Art of Italian Cuisine, (Penguin Random House, 2015), co-authored with her daughter Tanya, covers everything from cooking tools to techniques and includes more than 400 delectable recipes. It’s more than just another cookbook for Bastianich, though.

“It’s a collection of all the tips I’ve learned over the years, all things I’ve learned along the way,” she said. “My style is simple and straightforward. I want to reach the average person to help them achieve success in preparing wonderful food. The book reflects my growth and evolution. It’s my life. I hope it becomes a reference book that transcends generations and brings people comfort.”

The Catholic News Service contributed to this story.

This Body & Soul feature first appeared in the April 2016 print edition of The Catholic Telegraph.

Refugees are not a problem, they are a gift, pope says

Food for the Journey: Fighting Food Insecurity in Areas That Need It Most