Catholic leaders have been joined by Israeli leaders in their concerned reaction to Thursday’s attack on a church located on the Sea of Galilee, which has hospitalized two persons and caused extensive damage.

In the early hours of June 18, the attackers started a fire at the Church of the Multiplication in Tabgha, located 120 miles north of Jerusalem. The church is built on the site where Christ fed the 5,000 through the multiplication of loaves and fish, and is joined to a Benedictine monastery. As a result of the arson, a monk and a staff member were hospitalized and treated for smoke inhalation.

“There is a real escalation in anti-Christian violence: from a small fire which leaves little damage, to a bigger fire, and finally to an arson attack which is intended to produce major damage and even killing,” lamented Bishop William Shomali, Auxiliary Bishop of the Patriarchate of Jerusalem, in an interview with the Catholic pastoral charity Aid to the Church in Need.

“We are allowed to ask: what will come next?”

The attackers left Hebrew graffiti on the walls, reading “all idols will be smashed”, which suggests they were Jewish extremists. According to The Times of Israel, the graffiti is a quote from the “Aleinu” prayer, which is prayed three times each day in Jewish services.

Bishop Shomali commented, “I am still inclined to think that the act is perpetrated by a very small and aggressive group. I cannot put all Israelis in the same basket, since there are the liberal and tolerant Jews, those who are less, and finally those who hate the non-Jews. My fear is that these radicals are increasing in number and in the degree of intolerance.”

The Israeli prime minister, Benjamin Netanyahu, called the arson “an attack on us all,” adding that “in  Israel freedom of worship is one of our core values and is guaranteed under the law. Those responsible for this despicable crime will face the full force of the law. Hate and intolerance have no place in our society.”

Israeli president Reuven Rivlin commented that “such terrible desecration of an ancient and holy place of prayer, is an attack on the very fabric of life in our country – Israel, as a state and a society, is obligated to protect and preserve the holy sites, for all faiths.”

The arson did extensive damage to the monastery, the church entrance, an office for pilgrims, and a book storage room.

“Hundreds of thousands of pilgrims have visited here, have prayed here, have had Mass at this Holy Site. In many ways it was a haven of peace and tranquility which has now been disfigured by misguided zealots who have no respect for the religious beliefs of others,” Fr. Peter Vasko, OFM, president of the Franciscan Foundation for the Holy Land, stated.

“It is indeed a sad day here in the Holy Land, in Israel for all the people living here, Jews, Christians and Muslims. There is a great need on the part of all religious leaders in this country to stress the value of tolerance and respect among their adherents.”

He added that “At this moment all we can do is to forgive those who committed this crime and to somehow rebuild again as we try to practice the gospel values that our Lord taught us.”

Fr. Vasko reported that the Benedictine community who operate the monastery have said, “We will not permit a small group of fanatics to divide the people of this land. The injury will always be there as it was a terrible thing for us – but we will overcome it.”

The Assembly of Catholic Ordinaries of the Holy Land said, “Given the severity of the crime, we demand a rapid investigation, and that the perpetrators of this act of vandalism are brought to justice.”

The Church of the Multiplication had been vandalized previously, in April, when Jewish extremists  destroyed crosses in the monastery’s outdoor prayer area, and threw stones at worshippers.

Fr. Jamal Khader, rector of the Patriarchate of Jerusalem’s seminary in Beit Jala, lamented that the arsonists could have been enabled by officials’ lax reactions to similar attacks in the past.

“We had incidents including at Tabgha and Dormition Abbey where Israeli authorities didn’t do enough to stop them, so we expected such a crime and this may continue if the authorities don’t take concrete steps to stop it, to show they are serious in protecting the holy places in the Holy Land,” he told The Independent.

In 2014, Jewish extremists vandalized a Romanian Orthodox church, the Abbey of the Dormition, and Catholic offices in Jerusalem, and a monastery in Beit Shemesh. The year before, more than 20 Christian sites of the Latin Patriarchate were attacked by vandals. And in 2012, a Trappist monastery in Latroun was subject to arson and graffiti, and the Convent of St. Francis on Mt. Zion was vandalized.

The present Church of the Multiplication was built in the 20th century, though a church was built on the site by at least the mid-fourth century. The present church includes mosaic floors from the fifth century, which were not destroyed in the arson.

The Benedictine monastery attached to the church was founded in the 20th century. The current building was opened in 2012, including a private oratory for the monks which was financed with support from Aid to the Church in Need. 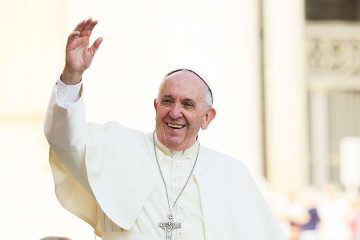