September 23, 2022 Greg Hartman
Home»Commentary»Christ the King and the Myth of the “Wall of Separation”
Commentary/Home Page

On Jan. 1, 1802, President Thomas Jefferson wrote a letter to representatives of the Danbury, Connecticut Baptist Association, expressing his agreement with them about a certain understanding of religious liberty. Among other things, Jefferson said that he considered the religion clauses of the First Amendment to the U.S. Constitution had built “a wall of separation between church and State,” thus erecting one of the most famous metaphors in American public life.

Jefferson’s letter had no legal status, of course, but this image was incorporated into U.S. Supreme Court decisions, including the famous case, Everson v. Board of Education, in which Justice Hugo Black declared that the “First Amendment has erected a wall between church and state,” which “must be kept high and impregnable.”

THE WALL OF SEPARATION

Most Americans, probably including most American Catholics, take the metaphor as expressing a true and salutary statement of religion’s proper relationship with public life generally and to issues of church and state particularly. An American politics’ staple is that the law should be “neutral” on questions of religion, and that matters of personal religious faith have no place in the consideration of public policy.

This is a mistake. The “wall of separation” metaphor is contrary to Church teaching, injurious to Catholic witness in the public square, and corrosive of religious faith.

As a threshold matter, people often invoke the metaphor to assert that policy opinions should be excluded from consideration if those opinions are informed by religious faith. “You are entitled to your private religious opinions,” so the reasoning goes, “but you cannot impose them upon others.”

Unfortunately, two of the most prominent advocates of this position have been the two Catholic U.S. Presidents.

“I believe in an America where the separation of church and state is absolute,” declared then-candidate John F. Kennedy in 1960. And in an email to his supporters in 2019, then-candidate Joe Biden said, “I refuse to impose my religious beliefs on other people.”

It should be readily apparent that such an opinion is expressly discriminatory toward persons of faith. In a democratic society, the source of an opinion should have no bearing on the right of a person to express it. Everyone who expresses an opinion in the public square seeks to “impose” it on others through the democratic process. Let the public agree or disagree with the opinion; but it should not be excluded solely on the basis that it is informed by religious faith, or any other source of moral formation. Yet the “wall of separation” metaphor is often invoked to do just that.

More to the point of Catholic witness, however, the idea that religious faith should have no bearing or impact on civic or political life—that they should be separated by a high and impregnable wall—is contrary to the Church’s persistent and consistent teaching over the centuries.

In an A.D. 494 letter to Emperor Anastasius, Pope Gelasius explained, “There are two powers, august Emperor, by which this world is chiefly ruled, namely, the sacred authority of the priests and the royal power. Of these that of the priests is the more weighty,” he continued, “since they have to render an account for even the kings of men in the divine judgment.” In other words, not only is there no legitimate wall between politics and Christian faith, the former ought to conform to the latter.

Now, of course, such a theology of politics is not possible to implement in a pluralistic, democratic society such as the United States. But simply because the relationship is not practicable does not mean that we should reject the principle. Indeed, the principle was given a modern expression by Pope Pius XI in 1925, when he instituted the Solemnity of Our Lord Jesus Christ, King of the Universe, celebrated by the universal Church at each liturgical year’s end.

Like his predecessors and successors, Pope Pius rejected the notion that religious life should be separate from public life, still less that an impregnable wall should be erected between them. As he continued, “If, therefore, the rulers of nations wish to preserve their authority, to promote and increase the prosperity of their countries, they will not neglect the public duty of reverence and obedience to the rule of Christ.”

As noted above, this ideal is not practicable in a pluralistic society, where democratic debate and negotiation are necessary for public comity. But that does not imply that we Catholics should subscribe to a theory of church-state relations that is both at odds with consistent Catholic teaching and injurious to Catholic faith and witness.

“When once men recognize, both in private and in public life, that Christ is King,” said Pius XII, “society will at last receive the great blessings of real liberty, well-ordered discipline, peace and harmony.” If Christ is really the King of our lives, we will tear down the mythical “wall of separation between Church and state,” and express our faith boldly and without apology in the public square, the legislative assembly, the governor’s mansion, and the White House.

Seize the Moment: The Night My Son Met the Real Me by Nicholas Hardesty 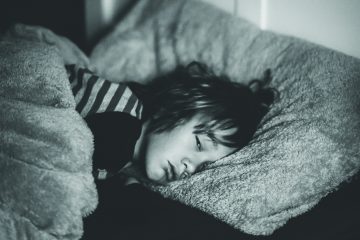