Bolstered by a soundtrack of contemporary songs performed live by the cast, the epic television event will be a modern retelling of Christ’s passion, following Jesus as he eats with his friends at the Last Supper, is betrayed by Judas, put on trial by Pontius Pilate, walks to his crucifixion and rises from the dead.

“This Palm Sunday television event is a modern-day production of the most famous story of all time, full of universal themes, which we hope provides a unifying experience (that brings) the sacred and secular together,” said Mark Bracco, executive vice president of programming and development at Dick Clark Productions, one of the event’s three executive producers.

The Scripture-based narrative, written by Peter Barsocchini, will unfold live on a stage erected in the city’s Woldenberg Park and through a series of pre-taped segments broadcast on the stage’s jumbo screen. (It airs 7-9 p.m. (CDT); check local listings).

A highlight of the production will be the simultaneous mile-and-a-half procession of a 20-foot illuminated cross from Champions Square to Woldenberg Park.

Hosting and narrating the event from the stage in the park will be New Orleans-born actor and film producer Tyler Perry. Actor, singer and songwriter Jencarlos Canela will portray Christ, and three-time Grammy winner Trisha Yearwood will play Mary.

“I think New Orleans is the best place to have ‘The Passion’ for one reason,” said Perry, speaking in a pre-taped Fox media blitz. “Literally, the town rose again, and to come through so much tragedy and so much darkness and find love and find compassion and find forgiveness - I think the city of New Orleans is the perfect backdrop for the story that has a lot of the same things to say.”

As Perry narrates the story from the Woldenberg stage, a giant cross, reminiscent of a glowing light box, will be carried by a pre-selected group of volunteers from Champions Square through the French Quarter, with an anticipated 30,000 spectators lining the route.

The broadcast will include pre-taped scenes — all filmed in New Orleans — that will depict Christ and his disciples interacting in iconic New Orleans locations such as Audubon Park, the French Quarter, McDonoghville Cemetery, Duncan Plaza and Jackson Square.

Producers will intermittently cut to the live procession, interspersing these images with the live action taking place on the Woldenberg stage and the pre-taped visuals.

Producers of “The Passion” said that while the narrative is faithful to Scripture, it promises to rivet viewers in a new way by being set in contemporary times. For example, the actors will be costumed in street clothes, rather than the robed garments of Jesus’ time. In the arrest scene, Christ will be seen in an orange jumpsuit and metal handcuffs, and his captors in modern-day law enforcement uniforms.

“I cannot wait to bring the greatest-story-ever-told to life through music, in a way that has never been heard before,” said Adam Anders, the musical producer behind the hit television series “Glee,” who took on the task of arranging the existing songs to reflect the emotion-filled journey experienced by Christ, his friends and his enemies on the road to Calvary.

For example, the Imagine Dragons song “Demons,” to be performed by Canela’s Jesus and Daughtry’s Judas, will underscore the apostle’s greed in inner conflict in the scene in which he betrays Jesus with a kiss.

Yearwood’s solos — in songs that include “I Won’t Give Up,” “You’ll Never Walk Alone” and “Broken” — also will take on fresh meaning as they are sung from the perspective of the grief-stricken yet strong Mary, the mother of God.

The format of “The Passion” was originally created in the Netherlands in 2011 by Jacco Doornbos and Eye2Eye Media. Since then it has become the country’s highest-rated live musical television event, a pop culture phenomenon that commanded nearly half of the Dutch TV-viewing market share when it aired in 2015.

The Dutch version, scheduled to air live later this month for the sixth straight year, received the Dutch equivalent of the Emmy for its creator, Doornbos, and as best entertainment program.

A prayer hour, sponsored by the Archdiocese of New Orleans and held independently from the Fox network, will follow “The Passion” at St. Louis Cathedral and will include opportunities for the sacrament of reconciliation and reflection.

Donze is a staff writer at the Clarion Herald, newspaper of the Archdiocese of New Orleans. 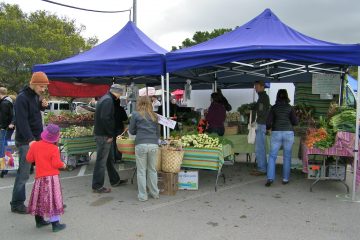