July 1, 2022 The Catholic Telegraph
Home»Features»Civilize It! Modeling God’s Love in Our Interactions With Others
Features

When it comes to politics, Catholic leaders are encouraging the faithful to “Civilize It!” The initiative, developed in the Archdiocese of Cincinnati four years ago, is now taking on a national audience, thanks to a plug by the United States Conference of Catholic Bishops (USCCB).

Tony Stieritz, former director of the Office of Social Action for the archdiocese and current CEO of Catholic Charities of Southwestern Ohio, was among the original creators of (CCSWO), Civilize It! He said Catholics are “called to form our consciences based on our faith and to proclaim the truth as we know it in the public square.” However, he noted, the “tone of public discourse” seemed to get more divisive over time, especially by the 2016 presidential election.

“It seemed clear to us that, to be authentic in our promotion of respect for all life and dignity, we needed to model that respect in our very interactions with each other,” said Stieritz. “Even when we disagree, we can rise above the rhetorical mess and leave the discussion still having modeled God’s love. There didn’t seem to be a well-known movement encouraging this. Hence, we all felt a calling to step into that space, and Civilize It! was born.”

According to Sean Ater, director of the Center for New Evangelization for the Cincinnati archdiocese, Civilize It! was a collaborative effort of the Family Life, Social Action and New Evangelization Offices. He said the USCCB already had a document with guiding principles for Catholic voters during election years called Forming Conscience of Faithful Citizenship. However, he said, issues such as right to life and immigration reform did not “fit neatly in any party platform.”

“We realized that, in order to propose a Catholic viewpoint during the election cycle, we needed to begin a campaign to promote civility,” said Ater. “Civility sets the foundation for having significant conversations between people we disagree with. In the end, Civilize It! was an evangelization campaign.”

Andrew Musgrave, director of the Office of Social Action for the archdiocese, said the marketing tools to spread the message for Civilize It! include presentations, yard signs, t-shirts and bumper stickers. He said the presentation, given in-person at churches in the past and now going virtual, incorporates seven “Ground Rules for Civil Dialogue” that cover such issues as giving everyone a chance to speak and listening carefully. Musgrave noted that listening to opposing opinions is good for the political process because it leads to a better understanding of the issues but added, “They can be difficult conversations because people are passionate about whatever that issue is.”

“I think it’s also a place for the Church to say, ‘It’s a big tent, and we’ve got a lot of people that have different understandings of [Church teachings] and while some of them are non- negotiable … there’s a lot of space to understand how those look and how those work, so we need to be approaching each other with love,’ ” said Musgrave.

Besides the “Ground Rules” of Civilize It!, people are also encouraged to sign a pledge to strive for “civility, compassion and clarity” in their political discussions. Musgrave said he was not surprised the USCCB adopted the initiative in November, in advance of this year’s presidential election, especially since so many of the faithful look to the Church for guidance regarding how to cast their vote.

“Through Civilize It!, the bishops are seeking to help Catholics imitate the example of Jesus through love for neighbor during an election year,” said Jill Rauh, director of Education and Outreach for the USCCB. “Building on the excellent materials provided by the Archdiocese of Cincinnati, the initiative offers an opportunity for individuals, families and leaders to commit to ‘Civility, Clarity and Compassion.’ We believe that several dozen dioceses across the United States are implementing the campaign, which has received a great response from Catholics who seek to encounter the ‘other’ and engage in civil dialogue.”

CIVILITY
To recognize the human dignity of those with whom I disagree, treat others with respect, and rise above attacks when directed at me.

CLARITY
To root my political viewpoints in the Gospel and a well formed conscience, which involves prayer, conversation, study and listening. I will stand up for my convictions and speak out when I witness language that disparages others’ dignity, while also listening and seeking to understand others’ experiences.

COMPASSION
To encounter others with a tone and posture which affirms that I honor the dignity of others and invites others to do the same. I will presume others’ best intentions and listen to their stories with empathy. I will strive to understand before seeking to be understood 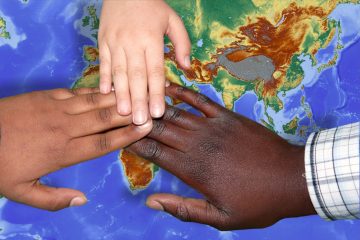