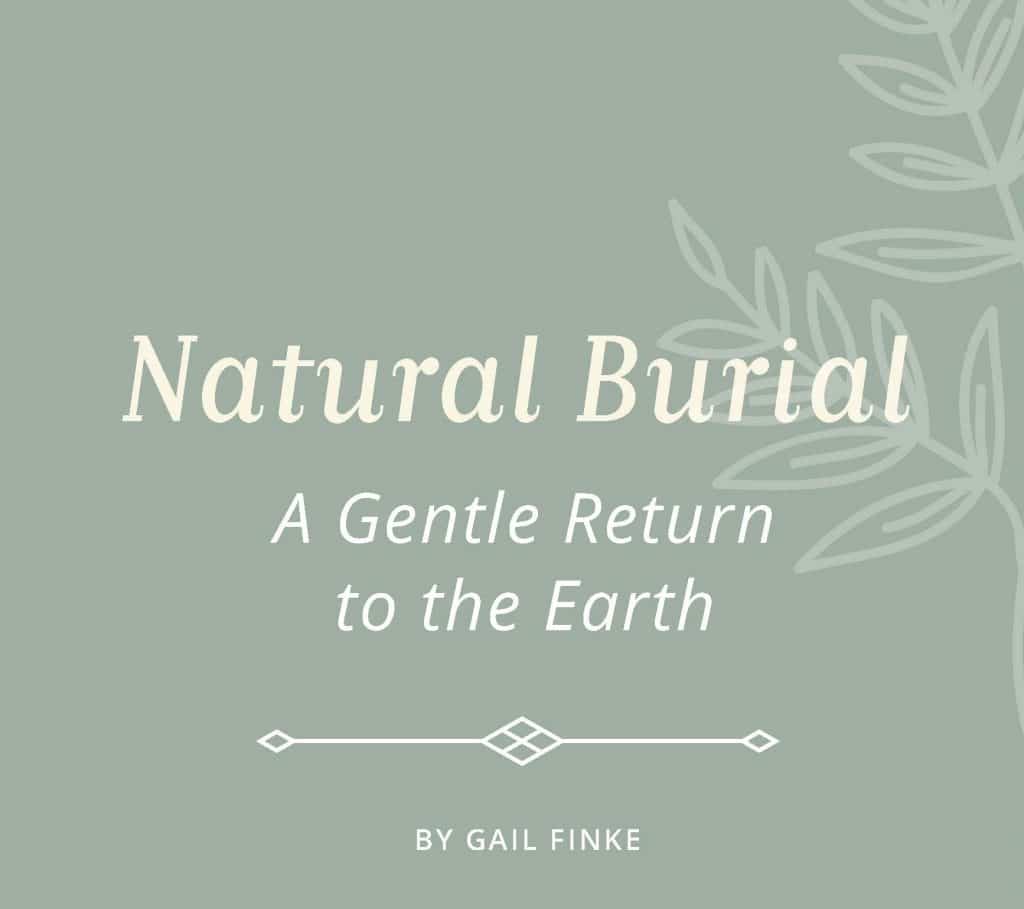 Every family’s reason for desiring natural burial is different.

“I’ve talked to about 400 families pre-planning burials in the St. Kateri Nature Preserve,” said Scott Wright, Community Outreach Director for Calvary Cemetery in Dayton. “Some are concerned about the environment, some don’t like the chemical process of embalming, some just like the way the area looks and works.”

Named for St. Kateri Tekakwitha and planned with help from Brother Don Geiger, S.M., and the Marianists at Mount St. John Nature Preserve, the newer preserve opened in 2014. Planted with native prairie grasses and wildflowers, it includes a lake and walking paths that provide a natural setting for visitors’ quiet contemplation.

“About 20-percent of our burials and presales are in the preserve,” Wright said. Families can choose burial spots near the gravel paths, which may be marked by engraved boulders, or in wide meadow areas bordered by stone “sheepfold walls” where the dead are memorialized together. With graves marked in the Global Information System, a GPS device helps staff take visitors to the correct gravesite. “The biggest question we get is about scattering ashes in our preserve,” Wright said. While Catholic teaching permits cremation, ashes must be kept together and buried or interred in a way that respects the dignity of the human body. “We explain that scattering may sound romantic, but there’s no place to come and grieve. Calvary provides a place to come on birthdays and holidays, a place to be with the person, pray and remember.” He explained that providing a place to pray at the graveside is integral to the cemetery’s mission.

Requests for burial in the nature preserve are so high that Calvary already plans an expansion. “This is not a passing fad,” Wright said. “When people say, ‘Mom and Dad are buried in the preserve, will there be space for me?’ we are committed to being able to answer ‘Yes.’ Calvary has been serving the people of the Dayton area for 150 years, and we will continue to be here for them.”

All Catholic cemeteries in the Archdiocese of Cincinnati permit traditional embalming as well as new alternatives not based on formaldehyde. While often requested in Dayton, the demand for natural burials is still small in Greater Cincinnati, but Catholic families there have options.

“Up until about a hundred years ago, pretty much every Catholic burial was a ‘natural burial,’” said Director of Cemeteries Thomas Jordan. However, Gate of Heaven was created in 1941 for vault burials. Rather than convert developed areas, Jordan said, “it’s better to use our undeveloped land and plan it that way, with natural grasses and wildflowers.”

While the project is still in the early stages, Jordan says Cincinnati-area families may inquire now.

Jerry Auer, Director of Family Services at the Cincinnati Catholic Cemetery Society, said the Society’s three small, historic, Catholic cemeteries and one multi-faith cemetery allowed natural burials since its Green Choices program debuted in 2016. Cremated remains can be buried in biodegradable urns, and full-body burials, in which bodies are wrapped in shrouds and placed in bamboo “carriers,” occur in special areas that accommodate the additional maintenance caused by the ground settling. Vaults without bottoms are another alternative for full-body burials. “The person is lowered into the grave and touches the dirt directly,” Auer explains. “[The body] will return to the earth more quickly, but the top of the vault means no dirt is placed directly on top of it.” This allows families to choose any site.

“More and more folks feel that God has made us from the Earth, and they want a relationship with the full creation God has made. Others don’t want to put anything back into the earth. They don’t want embalming chemicals and caskets as part of their footprint,” Auer said. “We look at our work from a missionary standpoint, and we’re listening to what people are asking for and providing it.”