DAYTON, Ohio – After more than 30 years in the classroom and on the court, Chaminade Julienne Catholic High School’s head men’s basketball coach, Joe Staley, has announced he will retire at the end of this season.

A 1972 graduate of the school, Staley began teaching and coaching for the Eagles in 1985. In total, he has more than 40 years teaching experience with most of his tenure at CJ as a social studies teacher.

On the court, Staley holds the title as the winningest coach in school history with a record of 449-343. He has guided the Eagles to more than 10 GCL championships, numerous regional championships, nine district championships, and multiple trips to the state’s final four, including a state runner-up finish in 1991 and Division II final four in 2015. Staley has also been named the GCL Coach of the Year eight times.

Staley was inducted into the CJ Athletic Hall of Fame in 2005 as a special inductee for his service to coaching. He has coached 14 players who signed with DI schools and dozens others who have played or are currently playing in DII and DIII schools.

The search for CJ’s next men’s head basketball coach will begin at the end of the Eagles’ regular season. Staley will be recognized prior to the home varsity men’s basketball game on Friday, February 15. Tip-off is at 7:30 p.m. 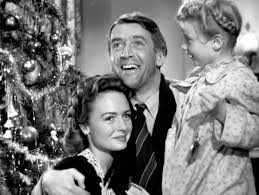