CNA Staff, Dec 16, 2020 / 12:50 am MT (CNA).- The Diocese of Brooklyn, New York, last weekend unveiled a new statue of the Blessed Mother, after a previous statue was destroyed more than two months ago.

More than 100 parishioners joined the dedication, which took place on the Feast of Our Lady of Guadalupe. Auxiliary Bishop Neil Tiedemann of Brooklyn led the ceremony, which included a musical performance by a mariachi band.

The statue was installed by several church members, and the grotto was decorated with white and red roses by parishioners.

It replaced a similar statue, which was destroyed after a man in September climbed the fence in front of the church, toppled the monument, and then tossed the statue onto the sidewalk, according to news reports. A month following the incident, a suspect was arrested and charged with criminal mischief.

The Knights of Columbus donated $10,000 to replace the vandalized statue. The parish has been struggling financially since the coronavirus pandemic has reduced tithing, WLNY reported.

“The desecration of our Catholic statues and churches is a grievous crime against all people who value religious freedom,” said Carl Anderson, Supreme Knight.

“Together with Pope Francis, our bishops and faithful everywhere, we stand against violence, hatred and bigotry.”

Vandalism cases at Catholic churches have been on the rise recently throughout the United States, with dozens of incidents this year.

A 30-year-old man was arrested after he reportedly walked into St. Patrick Cathedral in El Paso Sept. 15 and proceeded to smash a nearly 90-year-old statue of the Sacred Heart of Jesus that was displayed behind the altar.

A 23-year-old man was arrested for vandalizing the Immaculate Heart of Mary Catholic Church in Tioga, La., Sept. 11. For over two hours, the man reportedly vandalized the church, breaking at least six windows, beating several metal doors, and destroying numerous statues around the parish grounds.

On July 10, a statue of the Virgin Mary at Cathedral Prep School and Seminary in Queens, New York, was defaced by graffiti. Security footage shows an individual approaching the 100-year-old statue shortly after 3 a.m. Friday morning and daubing the word “IDOL” down its length.

Pope Francis: ‘Those who pray never turn their backs on the world’ 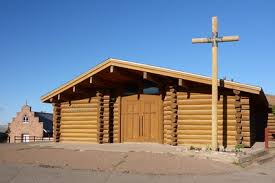