WASHINGTON (CNS) — The legal question of the constitutionality of California’s law banning same-sex marriage may take a back seat to consideration of whether the time is “ripe” for a national-level ruling, suggested the Supreme Court justices’ questioning in the first of two major marriage cases being heard the last week of March.

In oral arguments March 26 in Hollingsworth v. Perry, the justices first asked each of the three attorneys making presentations to weigh in about whether the group of people appealing a federal judge’s decision overturning Proposition 8 has the legal standing to do so.

Prop 8 is being defended in court not by the California governor or attorney general, who declined to appeal, but by those who put the amendment on the ballot.

Much of the questioning revolved around whether the country has had sufficient time to consider same-sex marriage and study how such marriages affect society and particularly how they affect children.

Same-sex marriage hasn’t even been a part of society as long as cellphones and the Internet, noted Justice Samuel Alito. It’s too soon to know whether the effect of same-sex marriage is good or not, he told Solicitor General Donald Verrilli Jr., who argued on behalf of the federal government that the voter-approved California law should be overturned. The U.S. government’s position is that because California extends domestic partnership benefits to same-sex couples, it is unconstitutional to prevent them from going the additional step and marrying.

Charles Cooper, the attorney for those who want Prop 8 reinstated, argued that the court should uphold the law because it represents the will of the majority of California voters. The national debate over same-sex marriage should be allowed to continue without the government stepping in to overrule a state’s voters.

But Justice Anthony Kennedy noted that according to briefs filed with the court, an estimated 40,000 California children have same-sex partners as parents and he told Cooper his argument doesn’t take into account their interests in having parents who are treated the same as heterosexual couples.

“The voices of these children are important, don’t you think?” Kennedy said.

The case was brought by two California couples who were denied marriage licenses after the state’s voters in 2008 approved a constitutional amendment limiting marriage to heterosexual couples. The law was passed after the state Supreme Court ruled earlier that year that statutes banning same-sex marriage were unconstitutional.

After a federal District Court judge found that Prop 8 served no legitimate purpose and violates due process and equal protection rights of same-sex couples to marry, the 9th U.S. Circuit Court of Appeals in a 2-1 ruling upheld that conclusion, although on a narrower legal finding.

The Supreme Court is weighing two separate issues: whether the supporters who appealed have the legal standing to challenge it in court, and secondarily, whether the amendment violates the Constitution.

Scores of organizations representing millions of people according to their religious, legal, civil rights, medical and educational interests weighed in on both sides of the case with “amicus” or friend-of-the-court briefs.

The U.S. Conference of Catholic Bishops was among those who filed briefs. It urged the court to uphold Prop 8, arguing that although the Supreme Court “has held that laws forbidding private, consensual, homosexual conduct between adults lack a rational basis, it does not follow that the government has a constitutional duty to encourage or endorse such conduct. Thus, governments may legitimately decide to further the interests of opposite-sex unions only.”

The USCCB brief argues that because the union between a man and a woman is “the only union capable of creating new life,” therefore “given both the unique capacity for reproduction and unique value of homes with a mother and father, it is reasonable for a state to treat the union of one man and one woman as having a public value that is absent from other intimate interpersonal relationships.”

Justice Elena Kagan asked Cooper why, if the right to marriage is predicated on a heterosexual couple’s role in reproduction, is it legal for infertile heterosexual couples to be married. She posed the hypothetical case of two 55-year-olds who would not be able to have children. Cooper’s response didn’t address her hypothetical, but he noted that some men are able to father children well into their later years.

The Prop 8 case could be tossed out simply on the basis of who is defending it. Or the court could say the law is constitutional, effectively leaving the question of who can be married to be decided by the states.

Other possibilities raised by the American Bar Association’s publication “Preview of United States Supreme Court Cases,” include that the court could find that California denied equal protection by extending and then withdrawing the right for same-sex couples to marry; or decide that because California affords domestic partnership rights it is constitutionally required to allow them to marry or by deciding that laws denying marriage equality to same-sex couples violates the constitutional right to equal protection under the law.

On March 27, the court was to hear arguments in a second case raising different legal issues about same-sex marriage. The justices are considering the constitutionality of the federal Defense of Marriage Act, which defines marriage for U.S. government purposes as between one man and one woman.

That case takes up the 1996 law known as DOMA that was passed by Congress and signed by President Bill Clinton defining marriage as between one man and one woman for the federal government’s purposes, such as for Social Security benefits, federal programs, and federal estate and income taxes. The law is being challenged by a New York woman who inherited her wife’s estate upon her death and had to pay $363,000 in federal estate taxes. Had her spouse been male, she would have been exempted from that tax.

The USCCB also was among those who filed a friend of the court brief in the DOMA case. It said there is “no fundamental right to marry a person of the same sex. … Specifically, civil recognition of same-sex relationships is not deeply rooted in the nation’s history and tradition — quite the opposite is true.”

Editor's Note: Everyone wants to be the first with the news 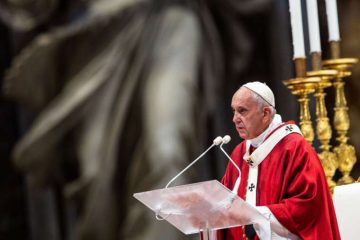