CNA Staff, May 20, 2020 / 05:01 pm MT (CNA).- The Pennsylvania Catholic Conference is urging Governor Tom Wolf not to divert federal emergency funds, appropriated to help K-12 schools amid the pandemic, away from the state’s private schools.

“That money has been earmarked for ALL schools in our state. Yet, there are efforts underway by the Wolf administration to try to exclude private schools from the benefits of the CARES Act,” Eric Failing, executive director of the PCC, wrote in a May 19 op-ed.

The CARES Act, which Congress passed in March, appropriated $13.2 billion in aid for K-12 education across the country. Approximately $524 million of that aid went to Pennsylvania.

The US Education Department, in guidance issued in April, stated that under the terms of the CARES Act, school districts that receive CARES Act funding must provide “equitable services” to both public and non-public schools.

The American Federation of Teachers, a Washington D.C.-based union, on May 6 issued a statement urging school districts to ignore the Education Department’s guidance, arguing that it is “inequitable, generates dollars for wealthy students in private schools”, and “denies public schools the recovery they desperately need.”

According to PCC Education Director Sean McAleer, Governor Wolf’s administration, under their own formula for appropriating the funds, is calling for roughly $19 million to go to Catholic and non-public schools students, compared to $66 million using the formula put forth by the Education Department.

Failing noted that while some private schools in Pennsylvania are doing well economically, as are some of the state’s public schools, many serve children in economically disadvantaged areas, and in many cases students depend on financial aid in order to attend.

“There are continued stories of private schools having to close or consolidate because, while they are saving students from failed public school systems in financially distressed communities, they also must address rising costs,” he continued.

Failing also urged Pennsylvania’s officials to consider that if non-public schools shut down or if parents are forced to pull their children out, it will mean an even greater burden on the state’s public school system.

“We are urging the U.S. Department of Education not to give in to these demands to squeeze out private school communities, many of which are serving vulnerable children in economically distressed communities throughout the state,” Failing said.

'A wildfire of death': Policy, culture and coronavirus in nursing homes 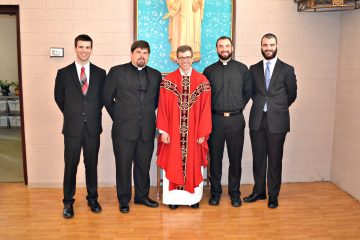