‘A wildfire of death’: Policy, culture and coronavirus in nursing homes

“The nursing homes have been ground zero for the coronavirus pandemic” said Jim Towey, founder and CEO of the group Aging with Dignity.

Towey warned of a “disturbing undercurrent” in the conversation about the high occurrence of COVID deaths among the elderly, one which downplays the numbers because of the age of the patients and their supposed proximity to death.

“That is a function of a utilitarian view that Pope Francis has consistently criticized,” Towey said.

Overall, the New York Times reported more than 28,000 staff and patient deaths from the coronavirus at nursing homes and long-term care facilities in the U.S., as of May 11.

Nursing homes accounted for 11% of the overall COVID cases in the U.S., but have borne 35% of the COVID deaths, the Times reported.

As the coronavirus pandemic spread rapidly in the U.S. in March, nursing homes were at the epicenter. Early on, Life Care Center in Washington state drew national attention for its outbreak, and by mid-April there were more than 40 COVID-related deaths among the home’s patients.

With the virus fast spreading in the Northeast and on the West Coast, some state officials were concerned about a possible lack of hospital beds to treat COVID-19 patients. New York, New Jersey, California, and Pennsylvania began mandating that nursing homes could not reject patients discharged from hospitals, who had the virus and were stable.

On March 25, New York instructed nursing homes that they could not deny new patients even if they carried a confirmed or suspected case of COVID-19, the Wall Street Journal reported.

This, said Charles Camosy, a theology professor at Fordham University, helped “create an uncontrollable wildfire of infection and death” at nursing homes.

Camosy wrote a Sunday New York Times op-ed on the virus’ toll on nursing homes. He told CNA on Monday that the statistics were “awful,” but a sign of the times.

As nursing homes and long-term care facilities “were already pushed to the margins of our culture, it actually made sense that the dignity of these residents and workers was ignored and their lives discarded,” he said.

In some cases in New York, empty homes were transformed into COVID wards as with one former Catholic nursing home near Buffalo, which reopened as a recovery center for COVID patients.

Other nursing homes in the state were devastated by the virus.

At a single health care center in Queens, New York, there have been 82 reported COVID deaths. Confirmed COVID deaths at nursing homes number 432 in Queens and 489 in Suffolk County; there were 484 “COVID presumed deaths” at Queens, and 227 in Suffolk, according to the state health department.

The situation for some homes grew dire so quickly that, by the beginning of April, the CEO of the Archdiocese of New York’s health system ArchCare advised families of nursing home patients to take their loved ones home if possible.

A high-ranking ArchCare chaplain also told CNA there was a critical shortage of PPE in the nursing homes at the time, with staff being asked to use one face mask for a whole week and beyond rather than change the mask in between each patient, as normally advised.

Nursing home outbreaks in other states have also pushed up death tolls there. There were 45 deaths by mid-April at one Virginia nursing home. Carroll County in Maryland reported more than 50 COVID-related deaths at nursing homes by the end of April.

The Minneapolis Star Tribune reported on Tuesday that 81% of the state’s COVID-related deaths occurred at nursing homes and assisted-living facilities; state officials were still allowing infected COVID-19 patients to be discharged to nursing homes to free up more hospital beds.

In a one-week period in Connecticut, nearly 90% of the state’s COVID-related deaths were nursing home patients.

In Florida, according to a National Review report, Gov. Ron DeSantis defended his administration’s response to the pandemic. He said Florida focused attention from the start on vulnerable populations, especially the elderly, and barred symptomatic workers from entering nursing homes. Staff were required to wear PPE, and state inspectors visited homes to provide guidance.

Even with the precautions, however, 938 of the state’s 2,052 coronavirus deaths–46%–have been patients or staff at long-term care facilities, according to statistics from the state’s health department.

New York reversed its mandate this week, allowing nursing homes to refuse patients who contracted the virus. However, the damage has already been done, Wesley J. Smith, a senior fellow at the Discovery Institute, told CNA last Friday.

“I have some sympathy that, in the midst of the explosion, people were dealing with a true emergency,” Smith said. Yet, he added, “one can’t imagine the thinking that would go behind” the state’s decision, “unless you thought that they didn’t matter as much as other people.”

If an investigation into state policies uncovers “any hint of that” mentality, Smith said, there should be sanctions for “egregious and invidious discrimination.”

One precaution that could have been taken before the pandemic—and must be considered in the future—is to help families plan for long-term care so they don’t have to make drastic decisions for their loved ones during a public emergency, said Towey.

Towey is also the former director of the White House Faith-Based and Community Initiatives during the Bush administration, and served as the legal counsel for Mother Teresa for 12 years.

“In many cases,” he said, there was “negligence” demonstrated by nursing home operators that led to the “premature death of many people.” Proper safeguards were not in place to protect patients from the virus.

Yet when considering future policies to protect the elderly, Towey emphasized that they cannot be isolated indefinitely and “can’t live in a world without hugs.” Any policy must “address this disease of loneliness that’s pervasive.”

“I’m worried more about where we’re headed with long-term care, and how we do this in a humane way, because the elderly need most of all to love and be loved,” Towey said.

“That was the lesson Mother Teresa taught. And you just can’t wrap them up in bubble wrap to protect them from illness.”

And even after the pandemic subsides, the cultural trend of families “warehousing” their elderly members will still need to be addressed.

In some cases, Camosy acknowledged, there is no other choice than for an elderly person to be admitted to a nursing home, due to their family’s financial situation or the lack of a family caregiver.

“But in a large number of cases the social expectation is that ‘the place for mom’ is somewhere outside the home,” he said.

Camosy has written about Pope Francis’ condemnation of the “throwaway culture.” He pointed to a cultural trend of families pushing elderly members into nursing homes and forgetting about them, helping to explain why states failed to protect nursing homes from the pandemic.

“We push those whose dignity is difficult to acknowledge and respect to the margins where we don’t have to think about it. We like the consumerist lifestyles and autonomy we’ve achieved and don’t want to mess it up,” Camosy said.

Smith said that the churches need to be at the forefront of fighting the epidemic of loneliness in nursing homes.

“I think that our churches need to step up,” he said.

“There are an awful lot of lonely and semi-abandoned people living in such facilities. And I think that the Christian community, based on their faith, should up its game in reaching out to helping people know they are not alone.”

‘A wildfire of death’: Policy, culture and coronavirus in nursing homes

February 11: Our Lady of Lourdes 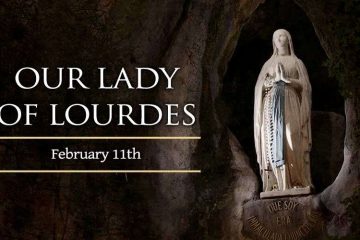