Rome Newsroom, Apr 20, 2020 / 10:53 am MT (CNA).- After receiving more than 300 letters during the coronavirus pandemic, the Italian bishops will entrust the nation to Mary’s protection on Friday, May 1, at a shrine in northern Italy.

In a video message April 20, the president of the Italian bishops’ conference said he received “more than 300 letters, full of love, and of devotion to the consolations of the Virgin Mary.”

Cardinal Gualtiero Bassetti said these letters asked “why do you not dedicate our nation to the Immaculate Heart of Mary? All of the people who suffer because of this pandemic, all those who work in the hospitals and must take care of their neighbor, why not entrust the whole nation to Mary?”

Bassetti noted that it is the task of pastors to guide their flocks, “but often it is the flock, the Christian people, who push their pastors, as occurred in this case.”

Italy’s entrustment to Our Lady will take place in the evening May 1 at the Basilica of Santa Maria del Fonte, a shrine dedicated to Our Lady of Caravaggio in the province of Bergamo, one of the areas in Italy most devastated by the coronavirus pandemic.

According to official counts, COVID-19 has killed almost 24,000 people in Italy.

The first of May was chosen for the dedication because it is the first day of the month traditionally dedicated to Mary, the bishops wrote in a statement April 20. They noted that May 1 is also the feast of St. Joseph the Worker and an opportunity to pray for workers who are worried and fearful for the future.

“The Church entrusts to Our Lady the sick, health workers, doctors, families, and the deceased,” the bishops said.

They added that the prayer is being held at the shrine of Santa Maria del Fonte in Caravaggio, Italy, because it is surrounded by the “suffering and pain experienced in a land severely tested by the health emergency.”

The Shrine of Our Lady of Caravaggio was built on the site of a 15th-century Marian apparition.

The Blessed Virgin Mary reportedly appeared to a young peasant girl, Giannetta Varoli, in a hay field outside the town of Caravaggio on May 26, 1432.

In her message, the Virgin urged penance for sin, including fasting on Fridays. The apparition is also called Our Lady of the Fountain, because a spring of water appeared under the stone where the Virgin stood, and on which she left an imprint of her feet.

That same year, the first small shrine was built at the site. More than 100 years later, in 1575, St. Charles Borromeo, then the bishop of Milan, hired an architect to begin the long process of expanding the shrine to what it still looks like today.

In April, the Italian bishops’ conference is also redirecting 156 million euros ($169.5 million), originally intended mostly for the upkeep of religious buildings, to the individual dioceses for use during the coronavirus emergency. The money will be divided proportionally among the dioceses, according to the conference. 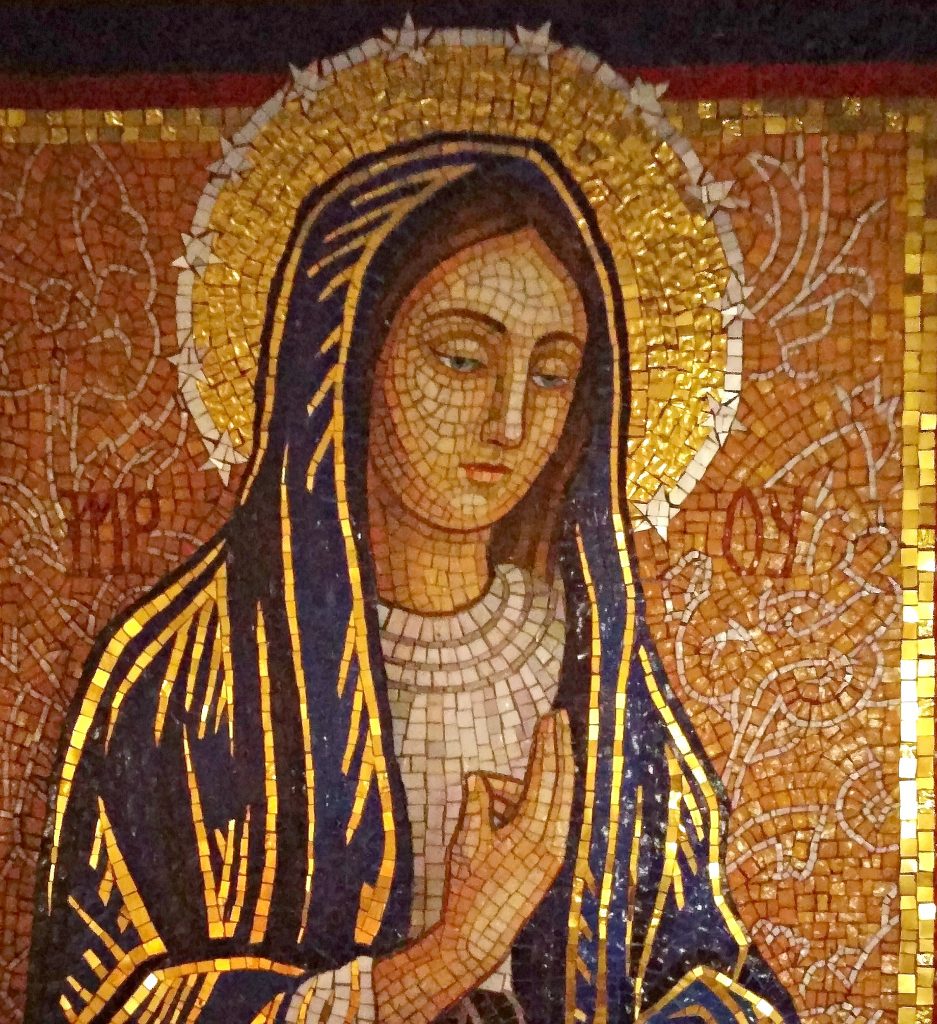