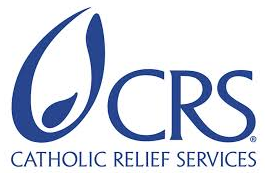 WASHINGTON — A veteran Catholic Relief Services financial official has resigned in the wake of report that he was in a same-sex marriage.

Rick Estridge, vice president for overseas finance, stepped down after 16 years with the U.S. bishops’ overseas aid and development agency, saying “it was the right decision for me.”

“Because of the stress this situation has caused Mr. Estridge and his family, he has made the decision to leave CRS,” the statement said.

The statement also said that Estridge entered into a same-sex civil marriage in 2013.

The resignation comes six weeks after Michael Hichborn, president of the Lepanto Institute, posted an unofficial copy of a marriage record from the state of Maryland indicating Estridge’s date of marriage, the name of his spouse and their residence.

“Given his position and his lifestyle, I don’t think he belonged in a Catholic agency,” Hichborn told CNS June 3 after the resignation was announced.

Catholic teaching holds that marriage is between one man and one woman.

In an interview posted May 18 on the website of Aleteia, a Rome-based worldwide network that shares faith resources, Carolyn Woo, CEO and president of CRS, said the agency was reviewing Estridge’s situation.

“We’re also dealing with a new intersection between, in this case, state law and church teaching where the practice is being defined,” she said.

Estridge thanked CRS leadership “for providing me with the space to make this determination during this difficult time,” in the agency statement. “I continue to have full faith in CRS’ leadership and the organization as a whole. I thank my team and the global finance community for their hard work and dedication and have every belief that they will continue to serve with excellence.”

CRS commended Estridge for his work with the agency over the years. “He has done a tremendous job during his years at CRS and will be missed. We are grateful that he has agreed to be available as needed for consultation to ensure a smooth transition,” the statement said.

The agency said that Estridge was not Catholic and he held a position that did not involve mission-related decisions and thus did not have to be held by a Catholic.

“CRS also want to express its strong objection to these types of attacks and tactics of the groups which launch them,” without identifying Hichborn or the institute. “The highly personal public critique broadcast Mr. Estridge’s home address and used derogatory terms that are now part of the online record. This has caused great pain for many people.”

The agency said it remained committed to treating people with “the respect and compassion they deserve as children of God.”

“We detest hurtful campaigns that do not build up, but undermine, individuals and church agencies carrying out the mission of bringing the love of Jesus Christ to those who are suffering,” the statement added.”

Hichborn was unapologetic in his response to the resignation, saying that he believed that any Catholic organization should never hire anyone who is not Catholic.

Hichborn, who said he was the Lepanto Institute’s only employee, said he was simply presenting facts about Estridge that he uncovered after receiving a tip.

“There’s no judgment here,” he said. “It’s a matter of fact. He (Estridge) is living a life that is antithetical of Catholic teaching.”

Hichborn also said that Estridge’s skills will allow him to find work quickly.

“I will say I wish Mr. Estridge well. I hope he does repent of the lifestyle he is living. I’m sorry that the way he was living was not in line with Catholic teaching.”

Friday Photo: Take me out to the ball game

Full text: Vatican doctrinal office’s response to a question on the blessing of same-sex unions

After another major hurricane, Central America needs ‘a helping hand’

Catholic Thoughts: Easter a time for Catholics to come home