Washington D.C., Jan 22, 2020 / 10:00 am (CNA).- The Department of Justice is officially supporting Ohio’s Down syndrome abortion ban before a federal circuit court.

In a friend-of-the-court brief filed on Tuesday with the U.S. Sixth Circuit Court of Appeals, the Department of Justice (DOJ) said that Ohio’s law is constitutional, protects vulnerable individuals and mothers from coercive abortions, and upholds the integrity of the medical profession.

“The federal government has an interest in the equal dignity of those who live with disabilities,” Assistant Attorney General Eric Dreiband of the DOJ’s Civil Rights Division stated. “Nothing in the Constitution requires Ohio to authorize abortion providers to participate in abortions the providers know are based on Down syndrome.”

The law bans doctors from performing abortions in cases where a positive test or prenatal diagnosis indicates Down syndrome, or where there is “[a]ny other reason to believe that an unborn child has Down syndrome.” The bill was signed into law by former Gov. John Kasich in December of 2017.

Under the law’s provisions, mothers are explicitly excluded from prosecution for abortions in such cases, while doctors who knowingly performed the abortions could be charged with fourth-degree felony or could face the loss of their medical license or liability for damages.

After organizations including Planned Parenthood and the ACLU sued over the law, a district court judge blocked it from going into effect in March of 2018. Judge Timothy Black ruled that the plaintiffs were likely to succeed in their argument that the law unconstitutionally blocked abortion access in cases of pre-viability of the baby.

“This Ohio law prevents discrimination against individuals with Down syndrome,” said Justin E. Herdman, U.S. Attorney for the Northern District of Ohio.

Federal law already prohibits disability discrimination in a variety of cases, the DOJ argued in its amicus brief, including through the Rehabilitation Act, the Americans with Disabilities Act, and the Individuals with Disabilities Education Act.

The Genetic Information Nondiscrimination Act expressly bars discrimination in health insurance and employment regarding an individual’s genetic information, the DOJ said, including that “of any fetus carried by [a] pregnant woman.”

Ohio’s law does not pose an unlawful “undue burden” on women’s access to abortion, the brief argued. 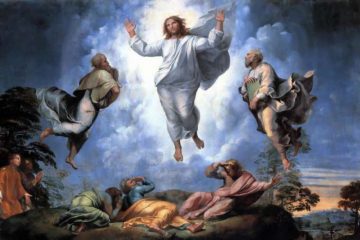