During the month of December, a group of women wrote daily Advent reflections for The Catholic Telegraph’s website. The writings were honest, funny, sometimes heart wrenching and always a beautiful reflection on preparing our hearts for the birth of our Savior.

I was asked to write a few along the way, and my final assignment was the fourth Sunday of Advent. In the readings for that day, Mary learns she will give birth to a child and name him Jesus. When Joseph learns that she’s pregnant, he plans to quietly divorce her until the Lord appears to tell him the truth of what’s happening.

I spent the evening meditating on that passage – how scared Mary must have been, for in accepting God’s will to become the mother of Jesus, she could lose her husband, her family – her very place in society. But she bravely said “yes” anyway.

I couldn’t help but think of a time in my own life more than five years ago. After struggling to conceive, God graced my husband and I with a little girl. Again, we struggled, and again, the Lord was merciful and sent us our second daughter. We were grateful for our two beautiful children, especially since a doctor once told me I could likely expect none.

Never underestimate God’s plan, though. There I was with a three-year-old at my knee and an 11-month-old in my arms when I noticed I just didn’t feel right. Despite all the physical signs that pointed to pregnancy, I adamantly denied this possibility. There was no way, after our previous struggles, that I was pregnant without even trying, and certainly not with an infant at home. When suspense got the best of me, I took a pregnancy test. It was immediately positive… and I burst into tears. While my shocked husband remained happy and upbeat at the discovery, I questioned how we could manage this with two others so small. I would have three children under age four – but God wasn’t done laughing yet.

I took my three-year-old to her Catholic school in a state of complete shock the morning of the positive pregnancy test. The entire student body gathered in the gym for morning assembly and to pray together before beginning their day. On that day, in a glorious nudge by the Holy Spirit, I stayed for morning assembly. And the first announcement the principal made was that it was the Feast Day of St. Monica, and she asked us all to pray for mothers across the world. I began to understand then that God had this. We could manage.

Remember when I told you God wasn’t done laughing? At my first ultrasound, we soon learned that baby number three was healthy and fine… and so was baby number four, nestled right there together in my womb. To say that we were terrified is probably the understatement of the year. But amidst the fear of the future, the Blessed Mother and St.Joseph stood as shining examples of saying yes in the face of seeming impossibility and incredulity: a pro-life message from across the centuries inspiring parents to courage in their times of uncertainty.

That message paired with the prayer I unexpectedly received at my daughter’s Catholic school that day sustained me through the pregnancy and birth of our beautiful twins.

The pro-life message plays out differently in each of our life experiences. And as we mark the anniversary of Roe v. Wade this month, I find it more important than ever to keep Mary’s courageous “yes” and Joseph’s unwavering faith and support at the center of my heart and prayers, especially as we pray for those women in a dark place with unexpected pregnancies – that they may also have the courage to say “yes” to life in the face of fear and uncertainty. 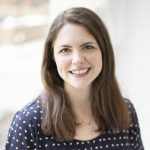 Jessica Rinaudo is the editor of The Catholic Telegraph. Contact her at [email protected].

Seize the Moment: The Night My Son Met the Real Me by Nicholas Hardesty