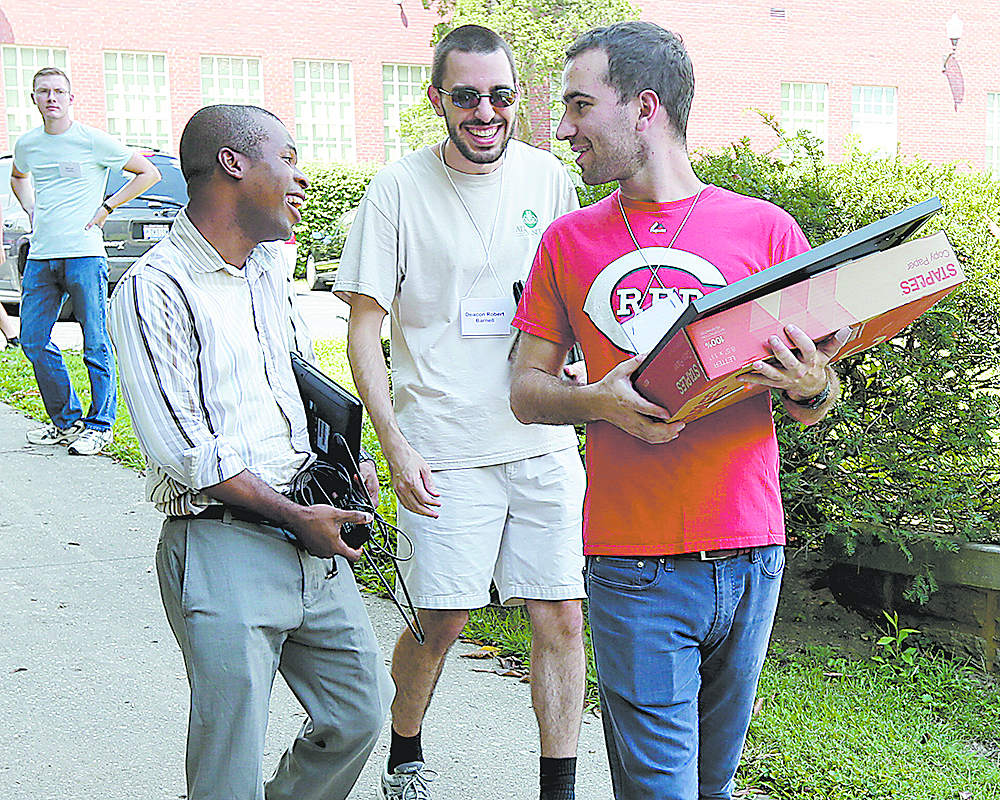 The academic year began this fall at Mount St. Mary’s Seminary of the West in Mt. Washington with 82 men in formation for priesthood. At the Athenaeum of Ohio, which shares the Athenaeum’s campus and faculty, more than 100 lay men and women also began their fall semester, studying for graduate degrees and certificates in a variety of programs, including the permanent diaconate, theology, and lay pastoral ministry.

At the seminary, 61 men are currently in formation for priesthood in the Archdiocese of Cincinnati. Thirty-one men from other dioceses and from the Fathers of Mercy are also studying at Mount St. Mary’s, for a total enrollment surpassing last year’s record class of 75.

Nineteen of the men studying for the archdiocese are new. Ten of the 60 are in in minor seminary, studying for an undergraduate degree “away” at the Pontifical College Josephinum in Columbus, Bishop Simon Brute Seminary in Indianapolis, or St. John Vianney Seminary in Miami, Florida. After graduation they will move to Mount St. Mary’s for their graduate work and formation
Six of the seminarians are at parish internships, working alongside a parish priest and experiencing parish ministry first-hand.

Men traveling to study here are in formation for priesthood with the Fathers of Mercy, a religious congregation of priests based in Kentucky, and for the dioceses of Tulsa, Oklahoma; Toledo and Youngstown in Ohio; Louisville; and Kansas City, Missouri. Toledo has sent the largest group, with eight seminarians studying here.

Like the seminarians, many of the lay people studying at the Athenaeum are preparing to work for the parishes. More than three quarters are studying for degrees or certificates in the Lay Pastoral Ministry Program (LPMP), and 24 men are in formation to be permanent deacons (19 for the archdiocese and the others for the Diocese of Covington). All candidates for the permanent diaconate must graduate from the LPMP program before beginning their additional formation.