August 9, 2022 The Catholic Telegraph
Home»Commentary»Family Faith: Where are you?
Commentary

God has a question. Yes, the God of infinite wisdom and knowledge seems to be stumped. Genesis tells us that after Adam and Eve tasted the forbidden fruit, their eyes were opened to their capacity to sin. They were ashamed and covered themselves. Then they heard God approaching in the garden, so they hid themselves behind the trees. God called out, “Where are you?”

Even as child I thought this story was hilarious. How could God lose the only two people on earth? Is it really possible to hide from God?

There are lots of hiding places, of course, but from whom are we hiding? In the season of Lent, perhaps more than any other time of the year, God calls us to conversion, a rendering of our hearts. Conversion is a tough nut to crack, so the tendency is to run for cover. I hide behind religious practices. Like Adam and Eve, who tried to conceal themselves among the trees, I find sacred shelter behind the cocoa bush.

Lent asks us to fast, so I decided to do what I’ve done for 30 years – give up Godiva. Three weeks into Lent, my eyes have been opened. Who am I kidding? Hiding behind a childhood religious practice hides the truth of who I am and who I am called to be as a maturing Christian. We are creatures made in the image of the Creator. If I’m not moving in that direction, more closely resembling my Creator every year, than I’d best relinquish the game of hide-and-seek and step into the light of Christ before it’s too late.

Does giving up Godiva chocolate make me more God-like? It might make life a little less pleasurable, but it doesn’t make me any less stubborn or self- centered. Sacrificing the sweetness of the cocoa bush won’t help me be more charitable or more forgiving.

Let’s face it, I can tumble into temptations far more treacherous than Belgium’s best. Avoiding chocolate can trick me into avoiding the things I really need to give up, like gossip and grudges and other things that harden the heart. False pride and prejudice can be far more devastating than a chocolate covered cherry.

Giving up Godiva brings me to a hiding place rather than a holy place. Hiding behind a half-hearted fast can help me dodge the real issues and areas of my life that need to be transformed by God’s healing love.

In the fourth chapter or Genesis, God asks Cain, “Where is your brother, Abel?  My guess is God knew what had happened between the brothers, but he makes a point of asking Cain about a primary relationship in his life. Similarly, in Genesis 18, Abraham is visited by the Lord and His angels. The question is put to Abraham, “Where is your wife, Sarah?” Is it possible that God isn’t asking the questions because He needs the answers, but because He’s trying to teach us how to ask the same questions?

Where are you? Where are you in relationship to your brothers and sisters, your husbands and wives, your children, your neighbors, the world’s poor, the sick, the lonely? Because we’re human, because we’re biased and can defend ourselves from the truth at times, it’s hard to know who we are and who God calls us to be. However, if we take a long, hard look at our relationships with others, we’ll probably gain some insight into our relationship with God and His creation.

Whenever we move into Holy Week, I wonder if Jesus looked around at His trial, or as He carried His cross, or in his last hours on Calvary, and wondered where his disciples were hiding? I can only hope that he isn’t wondering the same about me these days.

Family Faith: A source of grace 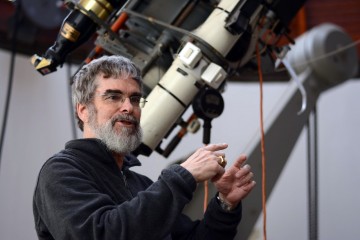