August 14, 2022 Catholic News Agency
Home»Commentary»Sunday Scripture: God so loved the world that He gave His only Son
Commentary

Our Gospel reading speaks of the Son of God lifted up on the cross to bring salvation to the world, but not to condemn the world. If anyone would be condemned it would be because he had not put faith in the Son of God. The text uses the contrast of light and darkness as an image of the contrast of doing what is true and doing works that are evil.

If one’s evil deeds are hidden from the light of God’s holiness, then the person does not come to the light. One who does what is true comes to the light so that it may clearly be seen that the works have been wrought in God. These good works can be seen as responses of faith, or as a confessing of faith in Jesus.

Paul used similar language in the Letter to the Ephesians. By grace we have been saved (Ephesians 2:5) and Christ raised us up to sit in heavenly places with Him. So rich is the mercy of God that even in spite of our trespasses, the Lord has restored us in Christ. This is not our own doing, but it is the gift of God. So we cannot boast about our own works, but our boast is in Christ.

It’s all grace, and our responsibility is to cooperate with grace as best we can so as to be people of good works. God has prepared this beforehand to be our way of life. This is our witness of God’s kindness to us in Christ Jesus. Lent is a good time to think about this.

Now having considered God’s loving action in the world, we might look at our first reading and the psalm response and wonder what they contribute for the theme of this week. Well, in the passage from the chronicler (2 Chronicles 36:14-16) the scribe lays the blame for the fall of Judah to Babylon on the priests and people of Judah. Jerusalem and the Temple were destroyed and the people were taken into exile in Babylon.

It is interesting to note that in contrast to the chronicler’s account, 2 Kings lays the blame chiefly on the king. Of course, the royal chronicler would likely have been reluctant to blame the king for the fall of the nation.  However, in either case the prevailing mentality would have believed that bad things happened to bad people, and thus the sins of the nation, or of the king, would have caused the downfall. Whichever way the blame is assessed, the lack of covenant morality and the corruption of the cult were at the heart of it all.

The psalm response is taken from the psalm that is sometimes called the greatest communal lament in the Psalter. It flows from the people’s cry to the Lord from the depths of their devastation because of their losses and captivity. Even so, God’s steadfast love remained with his people, and in time they realized the hope of restoration. They set Jerusalem above their highest joy. (Psalm 137)

Sister Betty Jane Lillie is a member of the faculty at the Athenaeum of Ohio.

‘May you always walk in sunshine’

Sunday Scripture: We keep God’s word in our hearts

Sunday Scripture: In Christ we are a new creation

Sunday Scripture: Has anyone seen God and lived? 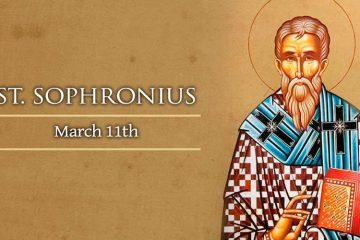