October 5, 2022 Greg Hartman
Home»Commentary»Father Endres for May: Where is Purgatory in the Bible?
Commentary/Home Page

Q: I have read the Bible and can find nothing on purgatory. It seems to me that if we believe that Jesus is our savior and died for our sins, we have eternal life the minute we die. Can you explain the origin of the church’s belief in purgatory?

A: Purgatory is among the least-understood doctrines of the church. Catholics believe that those who die in God’s grace, but who are “imperfectly” purified, undergo purification “to achieve the holiness necessary to enter the joy of heaven” (Catechism of the Catholic Church, 1030). Purgatory has been likened to heaven’s “porch” or “wash room,” indicating it serves a temporary purpose for the soul in order to remove sin and prepare one for entering heaven.

The word “purgatory” is not found in the Scriptures, but the need for souls to be cleansed after death is indicated there. The Book of Revelation says, “Nothing unclean shall enter [heaven]” (Revelation 21:27) by which we can understand that only the spotless may enter into God’s presence. We trust that God in his mercy provides an opportunity for that cleansing.  Jesus speaks of forgiveness in the age to come when he says, “Whoever says a word against the Son of man will be forgiven; but whoever speaks against the Holy Spirit will not be forgiven, either in this age or in the age to come (Matthew 12:32). This seems to suggest that some sins can be forgiven in “the age to come.”

The early church’s understanding of Jesus’ revelation led them to believe in a process of cleansing after death. This is clear from the first Christians’ emphasis on praying for the dead, especially on the anniversary of their deaths. They practiced prayers, sacrifices, and even the giving of alms for the faithful departed, which only makes sense if one’s prayers can be applied to those who have already passed, yet may remain in need of intercession. St. Augustine, for instance, speaks of the time between death and entering into eternal life for those who have passed who “are neither so good” as to not require prayers and sacrifices nor “so wicked that these helps are of no avail after death.”

Even though it has been popularly illustrated as a place of purifying fire, purgatory is seen by the church as primarily a process of purification, not explicitly a place.  This idea of process more than place, which is embraced by Eastern Christians, too, is called “final theosis” (union with God) in which the souls of the just are transformed to share fully in the divine life of the Trinity.

While it is possible to cite various Scriptures that refer to the souls of the just being taken quickly into God’s presence, this does not preclude a process of purgation or final theosis. The words of Jesus to the good thief as he hung upon the cross: “Today you will be with me in Paradise” (Luke 23:43) may still allow for a purgatorial process.

Whether purgatory can be counted in time or will be like a flash of purifying lightning, we believe that since most souls are not perfectly cleansed at the time of death, purgatory is God’s merciful response to sinners, allowing the deceased to enter heaven clean from sin. Since “God our savior wills everyone to be saved” (1 Timothy 2:3-4), we look forward in hope to this final transformation that will allow us to enter into God’s presence.

Father Endres is dean of Mount St. May’s Seminary of the West and the Athenaeum of Ohio. Send your question of faith to [email protected]

Seek the Lord: Archbishop Dennis M. Schnurr for May 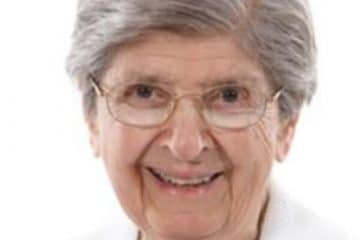