Denver Newsroom, Jul 28, 2020 / 02:30 pm MT (CNA).- A fire tore through the parish offices of a historic Catholic church in Monroe, North Carolina early Monday morning, and though the damage is extensive, the church’s pastor is thankful that the blaze did not touch the main sanctuary or the Blessed Sacrament.

Father Benjamin Roberts told CNA he arrived at Our Lady of Lourdes Catholic Church on Monday morning, ready to celebrate daily Mass, to find the parish office building had burned to the ground.

Roberts was shaken, but he resolved to celebrate Mass outdoors in the outdoor grotto, as scheduled.

In preaching the homily, Roberts said he sought to remind his parishioners that although the old church building was damaged, God is still present in the community of His people.

Roberts said investigators have told him that the cause of the July 28 fire is still “undetermined,” and though investigations strongly suspect that it was an accident, and not arson, they have not yet reached a conclusion, he said. No one was hurt.

“I was relieved to hear that there was no evidence of arson or anything else. We hadn’t had any threats, but there have been so many [arsons] throughout the country and throughout the world, so that was a grave concern for me,” Roberts told CNA, referring to attacks against Catholic churches and statues in recent weeks.

“But once I heard that, I was relieved on a certain level.”

The early 90s-era building that holds the parish offices— normally used by Roberts, his secretary, and administrative assistant— were completely destroyed, and along with them many of the parish records.

Roberts is still assessing where the parish personnel will be able to work while the offices are repaired, but he said the campus has enough space to accommodate them temporarily elsewhere.

The priest said there was also some damage done to the original church, which was built in 1945 and is attached to the parish offices. The main stained glass window in the chapel above the altar was destroyed.

The original sanctuary of Our Lady of Lourdes was one of the oldest Catholic churches in the county.

Today— at least before the pandemic— that smaller sanctuary was used as a daily Mass chapel, with the main sanctuary located across the street. The original rectory, which dates to 1947 and is used for extra office space and storage, suffered minor damage.

Because of coronavirus restrictions, Roberts had already been celebrating all daily and Sunday Masses outdoors, in the parish’s grotto, which did not suffer any damage.

Providentially, Roberts said, the Blessed Sacrament was not in the chapel tabernacle at the time of the fire. The priest had moved it to the main church building, which also was untouched.

“There is some considerable damage, but hopefully all of it repairable,” he said, adding that an engineer is expected to examine the building on Wednesday.

He said the parish is working with the Diocese of Charlotte’s properties office and insurance company to assess the damage. The bishop and vicar general have visited the church to lend their support, he said.

Bishop Peter Jugis of Charlotte was actually pastor at Our Lady of Lourdes until his appointment to lead the diocese in 2003, Roberts said, so the offices that burned had once been his.

The fire knocked out phone and internet access at the church, Father Roberts said. Since the parish lacks a website, Roberts has been communicating with his flock via Facebook since the fire, attempting to address rumors about the fire’s cause and to reassure parishioners that the damage can be addressed.

“Lots of support, lots of promises of prayers from our parishioners, and from people all over,” he said.

“One of the first questions people were asking was: Is Father okay?” he said, adding that he does not actually live on the parish campus, so the early morning fire did not threaten his safety.

The main sanctuary had been renovated extensively in the past several years, Roberts said, so he is glad that there was no damage there.

Among the items destroyed in the fire were two ornate chalices, both with special significance for Roberts— one of them he had been given upon his ordination, and the other he had bought in Spain when he finished part of the Camino de Santiago.

Still, Roberts said when he found the ruined chalices, he felt an unusual sense of peace, as he realized that his priesthood was worth far more than these sacramental items.

“There’s been this unexplainable sense of peace today…recognizing the presence of the Lord and wanting to take the next step and the step after that. It’s a wonderfully supportive community here.”

The North Carolina fire, though likely not arson, comes after a spate of intentional fires against church properties across the country and the world.

The Catholic community at Queen of Peace Parish in Ocala, Florida is rebuilding after the church was set on fire earlier this month and a Florida man was charged with arson.

A man on the Caribbean island of St. Lucia attempted on Sunday to set fire to a crucifix outside a Catholic church, while parishioners worshiped inside the building.

A church volunteer has admitted to starting a fire at Nantes Cathedral in France on July 18, and has been charged with arson.

Another possible arson occurred in California, where a fire ravaged the Mission San Gabriel Arcángel church in Los Angeles in the predawn hours of Saturday, July 11. That fire is now being investigated for foul play. 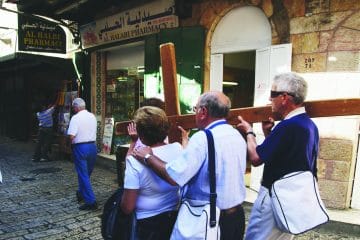