The record for the Seton 2012 soccer season didn’t match the talent on the team – then Erika Maurer started talking about God.

“We had a really terrible season, but we were a talented team and couldn’t figure out what was going on,” she said. “So heading into the post-season, we just decided to completely dedicate the rest of our season, the entire tournament, to God.”

That meant focusing on how they treated each other, how God called on them, and reading scripture and praying before every game. They were relaxed and gave all glory to God, win or lose.

Life Changing Decision
They ended up being district champions that year. Their Cinderella run ended, but that’s when Maurer – then Erika LaRosa – said her life changed.

“Soccer was the biggest thing in my life, and that was the first time I saw how God could move through a sports team and how powerful that could be,” she said. “That’s where that all started for me.”

Maurer graduated Seton in 2013 and went on to go to Xavier University, before transferring to Thomas More after her freshman year. The sports ministry she started at Seton stayed with her in college. When she graduated in 2017 with a degree in theology – and was finished with competitive soccer – she went back to her high school.

Maurer asked Seton Athletic Director Wendy Smith ahead of the 2017-2018 sports season if she could volunteer to restart the sports ministry she did in high school. But Maurer said Smith and
the school administration loved the idea so much that she was offered a part-time position, and created the school’s Sportsmanship and Spirit program.

“We feel very fortunate to have this additional level of positive spiritual support for our student-athletes that Erika brings to Seton’s athletic program,” said Smith. “The response from our
Saints to this club has been positive and has created energy and enthusiasm for the many faith-building activities Erika has planned. Being on a team provides young women with the opportunity
to build on many life skills, leadership skills and communication skills. What a blessing to know that they’re also building on their sportsmanship, faith and spirituality.”

Weekly Faith Building
In a typical week during the season, she usually meets with a team before practice for about 30 minutes. They do faith-building exercises, where they discuss a weekly topic. They’ll also get a
Bible verse to focus on, “then, usually, the leaders of the team will take it from there.”

Junior Julia Marr told The Catholic Telegraph during volleyball season this past October that these meetings help the team focus on the important things.

She said the sports ministry helps the student-athletes remember, “God will always be with us and that we aren’t doing it just for ourselves but for everyone around us and everyone in our community. And not just for the team but for the school.”

Planting the Seed
Maurer sees her role as just planting a seed, “and then really the girls take it from there.”

“Once they have the topic, it seems like they are the ones who really bring it to their team, which is one of my goals. I want to equip the girls to lead the people in their lives,” she said.

Maurer said this is something any Catholic and religious-based school can incorporate.

“All of the high school athletes, especially today, are so incredibly busy. I know a bunch of the girls would like to do more clubs and get more involved in their faith than they are able to, and this is a way to bring campus ministry to them, which is awesome.”

The ministry also desegregates sports cliques. Once a month, they’ll host an event where student-athletes from multiple sports can mingle.

“It provides a girl on the bowling team [a way] to meet a swimmer who they wouldn’t necessarily know,” she said. “It’s just another way we try to build community while serving others.” 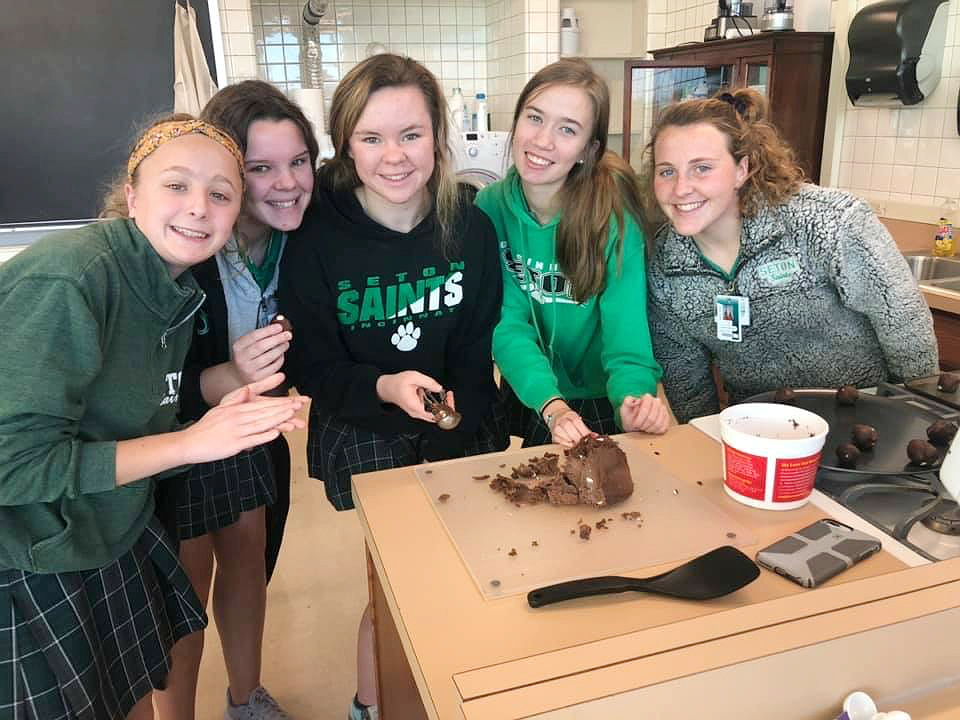 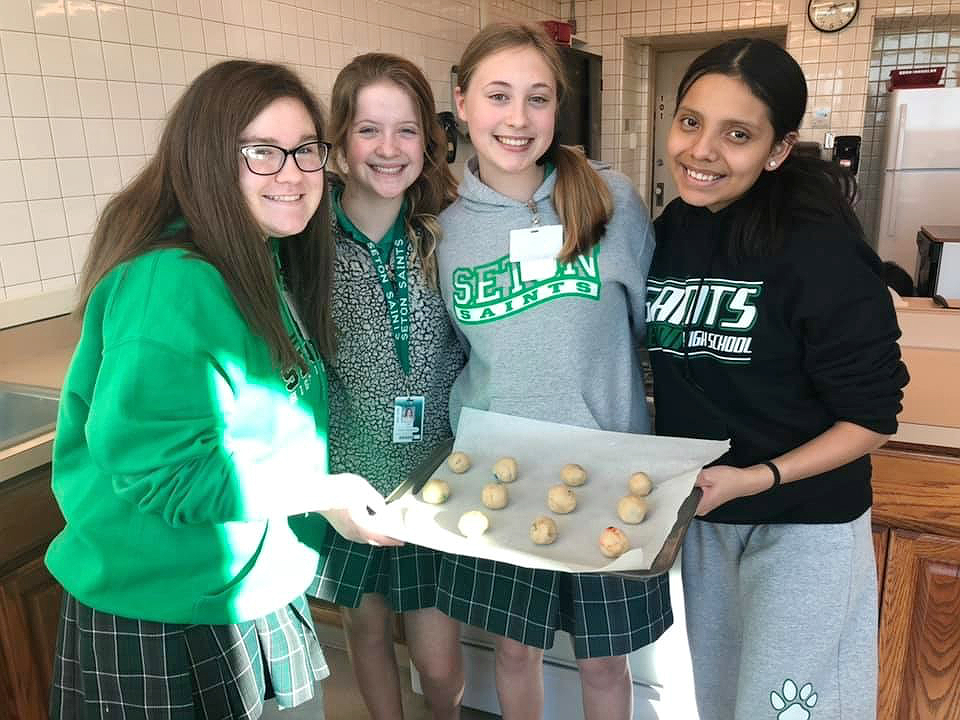 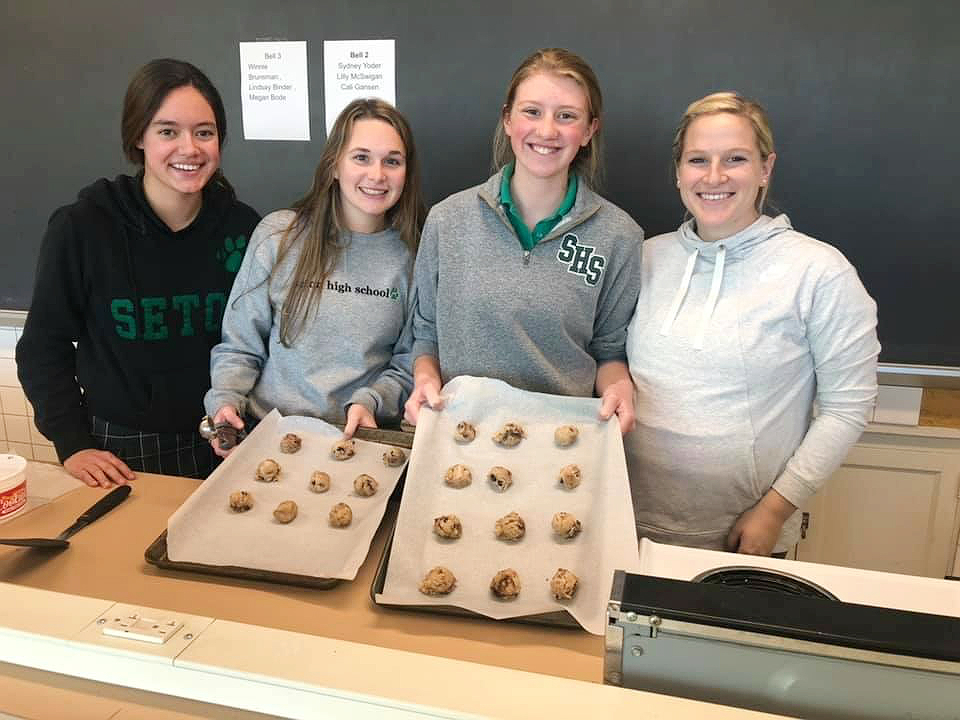