A former altar boy with close family ties to a former Catholic parish in Akron, Ohio, now has a different connection to the church’s edifice: he owns it.

Christ the King Catholic Church in North Akron, Ohio has been vacant since November 2009, after the Cleveland diocese merged its congregation with two nearby parishes. Sacred items – including the altar, statues, and stained glass windows – have since been removed from the church, reported the Akron Beacon Journal.

It was also the Catholic parish where Joe Breiding grew up. Breiding, a former altar boy and now an accountant and businessman, recently purchased the church complex from the Diocese of Cleveland.

The property reportedly includes the church, rectory, a school building and two ballfields. The school building has been used by a charter school for the past seven years.

The Breiding family, with parents Dick and Elizabeth and twelve children including Joe, lived across the street from the church as the children grew up.

Breiding says he bought the building primarily as a “business investment,” but it still retains great sentimental value.

“I’ll make sure that it’s still taken care of,” he said.

Breiding and his business partner told the Akron Beacon Journal that they hope to renovate and lease the church building to a new congregation, and plan to market the rectory as a space for professional offices. The school building will remain home to the charter school.

As a backup plan for the church, if a religious congregation cannot be found, Breiding says he would consider turning it into an “athletic facility.”

Christ the King parish was originally founded in the 1930s with a Croatian congregation; the original church was demolished in the 1950s for the construction of a new expressway, and a new church was consecrated in 1959 with a convent on the property, which has since been demolished.

Joe Breiding’s grandfather Leonard had offered the congregation the original land on which the 1959 church sits today, near what was once the family farm.

Breiding says his family was very involved in the parish’s life throughout his entire childhood. He was baptized at Christ the King, and as an altar boy who lived so close to the church, he says he was called in to serve “thousands of Masses and funerals and weddings” over the years. Breiding was also married at the church in 1996.

He says one of his favorite things to do in the church building he now owns is to play the organ – something the nuns who educated him and his peers never allowed.

“Growing up, you never were allowed to play the organ,” Breiding said. “So when I bought it, my mission was to figure out how to turn on the organ. And I figured it out.”

Champions of Mercy: Partners in Hope 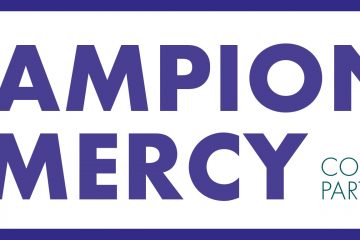