Shrewsbury, England, Dec 17, 2019 / 02:06 pm (CNA).- Gavin Ashenden, a former Honorary Chaplain to the Queen in the Church of England who was consecrated a bishop in a Continuing Anglican ecclesial community, will be received into the Catholic Church on Sunday.

He will receive confirmation Dec. 22 during a Mass at Shrewsbury Cathedral from Bishop Mark Davies of Shrewsbury.

His wife, Helen, became a Catholic about two years ago in the Diocese of Shrewsbury.

“Having come to believe that the claims and expression of the Catholic faith are the most profound and potent expression of apostolic and patristic belief, and to accept the primacy of the Petrine tradition, I am grateful to the Bishop of Shrewsbury and the Catholic community in his diocese for the opportunity to mend 500 years of fractured history and be reconciled to the Church that gave birth to my earlier tradition,” Ashenden has said.

“I am especially grateful for the example and the prayers of St John Henry Newman. He did his best to remain a faithful Anglican and renew his mother Church with the vigour and integrity of the Catholic tradition,” he added. “Now, as then, however, his experience informs ours that the Church of England is inclined to be rooted in secularised culture rather than the integrity and insight of biblical, apostolic and patristic values.”

Ashenden added that St. John Henry Newman’s experience “also inspires ours, and charts the way to our proper ecclesial home which is the rock that is the Petrine charism of faith and witness in our struggle for salvation and heaven.”

Ashenden was raised in London and Kent, and studied Law at Bristol University. He studied for priesthood in the Church of England at Oak Hill College, and received orders in 1980.

He served 10 years as a parish priest, and taught 23 years at the University of Sussex, lecturing in literature and pyschology of religion. He also earned a doctorate writing on Charles Williams, a writer and member of the Inklings. He was a member of the Church of England’s General Synod for 20 years.

Ashenden was appointed an Honoray Chaplain to the Queen in 2008.

He was consecrated a bishop in the Christian Episcopal Church, a Continuing Anglican ecclesial community, in 2013, while remaining an Honorary Chaplain to the Queen, Christian Today reported in 2017.

In 2017 he resigned from the Royal Household and relinquished his Church of England orders after a passage from the Quran denying Christ’s divinity was read at the Glaswegian cathedral of the Scottish Episcopal Church.

“It should not happen in the holy Eucharist and particularly a Eucharist whose main intention is to celebrate Christ the word made flesh come into the world,” he told BBC at the time.

Later that year, Ashenden left the Church of England, “convinced that the consecration of women to the episcopate represented the replacement of apostolic and biblical patterns with the competing culture of the values of Cultural Marxism, and dissenting from the increasing accommodation of the Church of England to radical secular views on gender.”

His episcopal consecration was announced in 2017.

When a Church of England bishop delivered a sermon while sliding down an amusement park ride built inside of Norwich Cathedral in August, Ashenden told the BBC that the event was a “mistake” that misjudged “what a cathedral is good for.”

“For such a place, steeped in mystery and marvel to buy in to sensory pleasure and distraction, is to poison the very medicine it offers the human soul,” he said.

Ashenden has said that praying the rosary and researching Eucharistic miracles helped lead him to the Catholic Church.

Bishop Davies commented that “it is very humbling to be able to receive a bishop of the Anglican tradition into full communion in the year of canonisation of St John Henry Newman.”

“I am conscious of the witness which Gavin Ashenden has given in the public square to the historic faith and values on which our society has been built. I pray that this witness will continue to be an encouragement to many,” he added.

Ashenden wrote in the Catholic Herald that “I watched as Anglicanism suffered a collapse of inner integrity as it swallowed wholesale secular society’s descent into a post-Christian culture.”

“I came to realise (too long after both Newman and Chesterton had already explained why) that only the Catholic Church, with the weight of the Magisterium, had the ecclesial integrity, theological maturity and spiritual potency to defend the Faith, renew society and save souls in the fullness of faith,” he said. 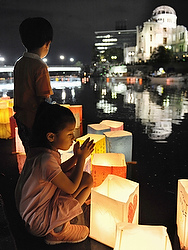