By David Scharfenberger
For The Catholic Telegraph

If you ever wondered about the positive effects of a Catholic education, you can look to the eighth graders at St. Michael School in Sharonville. During this last year, they read and learned first hand about immigrants and immigration and why we as Catholics see immigrants as our sisters and brothers.

When their Spanish teacher, Julie Lasso-Rose, began to talk to them about immigrants and introduced them to articles that presented immigrants in a different, more compassionate view, they thought she was, in their own words, “crazy.” In a PowerPoint presentation they produced, titled “Illegals,” their attitudes initially towards immigrants were negative. Immigrants were:  “breaking the law, alcoholics, lazy, aren’t educated, don’t pay taxes, and just here to take our jobs.”

Under Lasso-Rose’s leadership and the encouragement of their Father Tom DiFolco, pastor, and Shelly Kahny, principal, they began to learn more about who these strangers are. Father DiFolco set up an opportunity for them to visit St. Leo the Great Parish in North Fairmount where they met immigrants from Guatemala. They also visited the Intercommunity Justice and Peace Center where they met young immigrants who are a part of a CCHD (Catholic Campaign for Human Development) funded project called Youth Educating Society (YES). Then, all of their myths and stereotypes about immigrants slowly began to fade away.

In the process, they learned about “Two Feet of Love in Action,” an educational resource from the United States Conference of Catholic Bishops, and the work that church does through CCHD. In their own words, “CCHD is a devoted group of people doing many blessings to further enforce our religion, like protecting children, teaching the Catholic faith and working to end poverty.”

Through their research and through conversations, they learned about the hate, cruel treatment and obstacles encountered by immigrants. The students’ attitudes changed and they saw immigrants as: “wanting a better life, religious, hard working, just like us, happy to be living, and thankful for their jobs.”

They summarized their learnings in this way: “Americans naturally judge ‘illegal immigrants’ because of how they look, how they act, and how they live. They don’t know the whole story. Immigrants come for a better life. Don’t judge a book by its cover. There is more to them than you think.”

Their trips to meet the Guatemalans at St. Leo and the young immigrants of YES transformed them. They described their experiences through essays, poetry and drawings. The work of the students drew praise from the teachers, staff and parents. Their efforts also caught the attention of Tony Stieritz, director of the archdiocesan Catholic Social Action Office. St. Michael School and the Social Action Office submitted their work to the USCCB for the CCHD National Youth Award for multi-media programs.  As they wait for news from USCCB, they received recognition at their recent graduation. Each graduate received a missionary rosary and a prayer card from USCCB’s Justice for Immigrants Campaign from Catholic Social Action Office

“They travelled to a place outside their comfort zone to meet strangers from another community and from a different national origin,” said Scharfenberger. “They are true prophetic witnesses of the Gospel and they have put their witness into words and action so that all can benefit.”

The eight graders of St. Michael School have learned from personal experience the values of our Catholic faith and are living those values out. At a time when many of our public officials debate whether to reform our immigration system and how others carry negative, hateful feelings about immigrants, these young students teach us a valuable lesson of faith and morals. As they articulated in their Powerpoint, “Everyone is a Child of God!”

This column originally appeared in the July 2014 print edition of The Catholic Telegraph.

Catholic Thoughts: 'Because I said so'

Lay Perspective: Life is the unexpected, but we can prepare to face it

Quality of Catholic Cincinnati is gigantesco 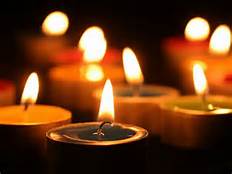