Xavier University in Cincinnati has announced the hire of a new president – and with that appointment brings a series of firsts for the 190-year-old institution. Colleen Hanycz, PhD, is the university’s first lay person and first woman president, a role Hanycz is eager to embrace.

“This was an opportunity to continue my commitment to higher education. I’ve been a president for 13 years now at two different institutions. This will be the first time I’ve been at a Jesuit institution, but I’m really excited for that opportunity,” she said.

Hanycz currently serves as president of La Salle University in Philadelphia, a Lasallian, Catholic university. Prior to that, she served for seven years as Principal (President) of Brescia University College in London, Ontario, Canada, a Catholic women’s university in the Ursuline tradition.

Catholic higher education has been a vocational calling for Hanycz, one discerned through prayer alongside her husband and three children. “My job has been to really identify where God would like to see me next and that has been, certainly for my husband and me, a shared vocation, a shared question, a shared discernment, and for our family, as well,” said Hanycz. “[It’s been] about where is the place that we can go next, hopefully to make the most positive impact.”

“My first presidency I served at Brescia University College in Canada. Brescia is the only women’s university in the country. It happens to be an Ursuline school. And I had the opportunity to really interrogate the notion of women’s leadership: What does that mean and how is that different?,” she said.

Hanycz continued, “The more that we have representation from an entire diversity of thoughts and viewpoints and lived experience and skill sets – it makes our decisions better, our strategies better. With higher ed in particular, it allows us to serve our students better.”

Her idea of serving fits perfectly with her views on the benefits of Catholic higher education. “Across Catholic higher ed, you see a focus on formation of young men and young women, that often provides a service, [and makes] the world better,” she said. “The Catholic university sits squarely at the intersection of faith and reason and it is an institution that we need to strengthen in the world as we look around and see a dire need of authentic leadership.”

She continued, “With all this going on around us today, [students] need educators, faculty, staff, all around them who are going to help them look at the world and make sense out of it. I really want to be part of that.”

Hanycz continued, “The thing I’m most focused on right now is immersing myself in the Xavier community and then in the broader Cincinnati community. To really get to know the people… and assuring them that I am going to be part of them, that I’m going to share their hopes and their dreams and their aspirations and that we are all going to work together.”

Chicago archdiocese announces another round of parish mergers 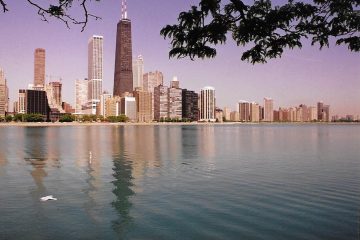