A La Salle High School student pulled out a gun early Monday morning and shot himself. The injured student was alive as of 11 a.m. Monday and doctors at University hospital were fighting to save his life.

La Salle spokesman Greg Tankersley and Archdiocese of Cincinnati school superintendent Dr. Jim Rigg assured members of the media that no other students were endangered and said the student, who’s name had not been released as of 2 p.m. Monday, made no threats toward other students. Tankersley reported that the student attempted suicide during first bell. WCPO reported just before 1 p.m. that the student was in critical condition.

“He’s fighting for his life. Please keep this young man and his mom and dad in your prayers,” Tankersley said at an 11 a.m. press conference. “Other students are doing well. We have them in the gym. We have our guidance counselors, the archdiocese is bringing in other guidance and grief counselors. Our priest left with the young man to go to the hospital.”

Most students had been picked up by their parents as of 1 p.m. A message on the La Salle website said “All La Salle High School students are safe and being dismissed into the custody of their parents due to an attempted suicide involving one student.

“This was an isolated incident involving a single student,” Rigg said. “The students at La Salle are safe and are being dismissed at this time in an orderly fashion. Continue to pray for the students, particularly the one who was affected in this and his family.”

Audio of a 911 call from a student who was huddled in a classroom with about 20 others has been released. Two students and a teacher, Joel Smith, speak to the dispatcher. The Cincinnati Enquirer has posted audio of the call here.

The callers seem unaware that the gunman attempted suicide. They appear to name the student, but the name was redacted from the call. The shooter is described by one of the students as having messy blond hair, standing 6-2, and wearing a gray polo with khaki pants.

The scene at the school around 10 a.m. was controlled. Caution tape and officers from Green Township and the Hamilton County Sherrif’s department kept people back from the school but between 10 a.m. and 11 a.m. parents arriving on the scene were informed that all students were safe. Parents were directed to the back of the school and many began leaving with their children. It was unclear if school would be held Tuesday.

“La Salle is a tremendous school, it is a strong school,” Rigg said. “It is a school that has unfortunately faced certain tragedies before but it is a school that always impresses me its faith and strength. I know the students will rally together with the community and move forward.”

This story will be updated as more information becomes available.

Who Are Your Intercessors? 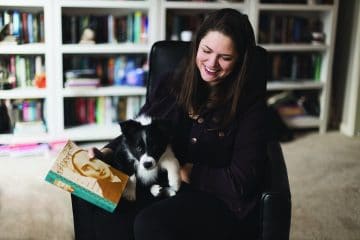