DAYTON — Archbishop Dennis M. Schnurr has often quoted Pope St. John Paul II who said “‘We do not talk about young people as the church of the future, they are important to us today.”

Recognizing this, the Archdiocese of Cincinnati has long-sponsored Laudate.

Laudate, celebrating its 10th anniversary this year, is a four-day, three-night experience for youth involved in music ministry in Catholic parishes or on campuses. The event is sponsored jointly by the Office of Youth and Young Adult Ministry and the Worship Office of the archdiocese. It is open to students who will be entering eighth grade to those recently graduated from high school. This year’s event, Laudate X, took placed June 9-12 at the Bergamo Retreat Center.

Students at Laudate interact with peers from around the archdiocese and hone their musical skills in their area of expertise (singing, keyboard, percussion, guitar etc.) while also focusing on prayer. Describing Laudate as something in-between a retreat and a conference, Associate Director of the Office of Youth and Young Adult Ministry Bob Wurzelbacher said the event helps prepare talented musicians for participation in the liturgical life of the church.

“You don’t sit down and get primarily lessons in your instrument,” Wurzelbacher said. “It’s assumed you’re doing that somewhere. You get lessons on how to play your instrument appropriately for liturgy.”

Each year the organizers give Laudate a new theme, making it an event students come back to year after year. This year there are 59 young people from 27 parishes represented.

Sarah Herzog, a parishioner at St. John the Baptist in Tipp City, is bound for college at the University of Notre Dame. This year’s Laudate was her sixth.

“Once I started coming, I was so encouraged by the musicality of others that were here that I just kept coming back,” she said. “It is so renewing and spiritually fulfilling to see it’s not just me, there are other people who love this absolutely as much as I do.”

“It’s a very faith-filled community,” Whitaker said. “We all sing as well, which is awesome.”

Alison Smith, a parishioner from Our Lady of the Rosary in Dayton and a student at Stebbins High School, attended her first Laudate experience this year. In fact, Smith is new to experiencing several aspects of church life as she was confirmed into the church in April. She heard about Laudate from contacts made during RCIA.

“Going from telling people in a school environment that you’re Catholic, and they give you a weird look or something, to coming to a place where everyone is just like you are and everyone is supportive and understanding and has the same beliefs, helps you to grow in your faith more,” Smith said.

Luke Wielgos, a parishioner at St. Maximillian Kolbe and student at St. Xavier High School, attended his third Laudate in 2014. Wielgos acknowledged that boys seem  less likely to participate in liturgical music, but he urged any young men considering Laudate to “definitely come.”

“Girls are more willing to be singers or to be involved in music than guys are, but I find it special that we can all come together in one place,” Wielgos said.

On the second-to-last day of the event, the students appeared excited and all eagerly participated in Morning Prayer and choir practice. Wurzelbacher noted that well-trained liturgical musicians, which Laudate helps to create, make for a better experience of the liturgy. That experience, in turn, attracts more young people.

“The Eucharist is the source and summit of our faith but that doesn’t change the fact that if liturgy is not done well, young people aren’t going to be very interested in that,” he said. “It is important to engage young people in what it is we’re doing, why we’re doing it, and to do it well. When we do that, they love it.”

Depending on the time of registration, Laudate X cost just more than $300 per person, and scholarships were available.

This story originally appeared in the July 2014 print edition of The Catholic Telegraph. 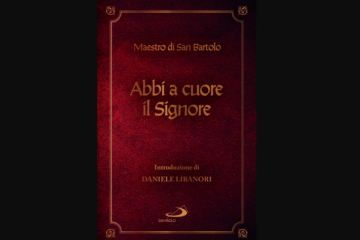