Washington D.C., Mar 8, 2019 / 12:25 am (CNA).- With the Lenten season near, Catholics immerse themselves in 40 days of abstaining from sweets, technology, alcohol and other luxuries.

But did you know that Catholic monks once brewed beer specifically for a liquid-only Lenten fast?

Back in the 1600s, Paulaner monks moved from Southern Italy to the Cloister Neudeck ob der Au in Bavaria. “Being a strict order, they were not allowed to consume solid food during Lent,” the braumeister and beer sommelier of Paulaner Brewery Martin Zuber explained in a video on the company’s website.

They needed something other than water to sustain them, so the monks turned to a common staple of the time of their region – beer. They concocted an “unusually strong” brew, full of carbohydrates and nutrients, because “liquid bread wouldn’t break the fast,” Zuber noted.

This was an early doppelbock-style beer, which the monks eventually sold in the community and which was an original product of Paulaner brewery, founded in 1634. They gave it the name “Salvator,” named after “Sankt Vater,” which “roughly translates as ‘Holy Father beer,’” Zuber said.

Paulaner currently serves 70 countries and is one of the chief breweries featured at Munich’s Octoberfest. Although its doppelbock is enjoyed around the world today, it had a distinctly penitential origin with the monks.

Could a beer-only fast really be accomplished? One journalist had read of the monks’ story and, in 2011, attempted to re-create their fast.

J. Wilson, a Christian working as an editor for a county newspaper in Iowa, partnered with a local brewery and brewed a special doppelbock that he consumed over 46 days during Lent, eating no solid food.

He had regular check-ups with his doctor and obtained permission from his boss for the fast, drinking four beers over the course of a work day and five beers on Saturdays and Sundays. His experience, he said, was transformative – and not in an intoxicating way.

Wilson learned “that the human body is an amazing machine,” he wrote in a blog for CNN after his Lenten experience.

“Aside from cramming it [the body] full of junk food, we don’t ask much of it. We take it for granted. It is capable of much more than many of us give it credit for. It can climb mountains, run marathons and, yes, it can function without food for long periods of time,” he wrote.

Wilson noted that he was acutely hungry for the first several days of his fast, but “my body then switched gears, replaced hunger with focus, and I found myself operating in a tunnel of clarity unlike anything I’d ever experienced.” He ended up losing over 25 pounds over the course of the Lenten season, but learned to practice “self-discipline.”

And, he found, one of his greatest challenges was actually fasting from media.

As he blogged about his fast, Wilson received numerous interview requests from local and national media outlets, and he chose to forego some of these requests and step away from using media to focus on the spiritual purpose of his fast.

“The experience proved that the origin story of monks fasting on doppelbock was not only possible, but probable,” he concluded.

“It left me with the realization that the monks must have been keenly aware of their own humanity and imperfections. In order to refocus on God, they engaged this annual practice not only to endure sacrifice, but to stress and rediscover their own shortcomings in an effort to continually refine themselves.”

Catholics are not obliged to give up solid food for Lent, of course, but they must do penance during the season of Lent in the example of Christ’s 40-day fast in the wilderness, in commemoration of His death, and in preparation for Easter.

Catholics in the U.S., if healthy adults aged 18-59, must fast on Ash Wednesday and Good Friday, and are encouraged to continue the Good Friday fast through Holy Saturday to the Easter Vigil.

“No Catholic Christian will lightly excuse himself from so hallowed an obligation on the Wednesday which solemnly opens the Lenten season and on that Friday called ‘Good’ because on that day Christ suffered in the flesh and died for our sins,” the U.S. Catholic bishops wrote in their 1966 pastoral letter on fasting.

Fasting is interpreted to mean eating one full meal and two smaller meals that, taken together, do not equal that one full meal. There may be no eating in between meals, and there is no specific mention of liquids in the guidelines.

In their pastoral letter, the bishops also maintained obligatory abstinence from meat for all Catholics on Fridays in Lent, and “strongly recommend participation in daily mass and a self-imposed observance of fasting” on other Lenten days, as well as almsgiving, study of the Scriptures, and devotions like the rosary and the Stations of the Cross.

This article was originally published on CNA March 1, 2017.

Editors Note: The Catholic Telegraph does not endorse this fast! 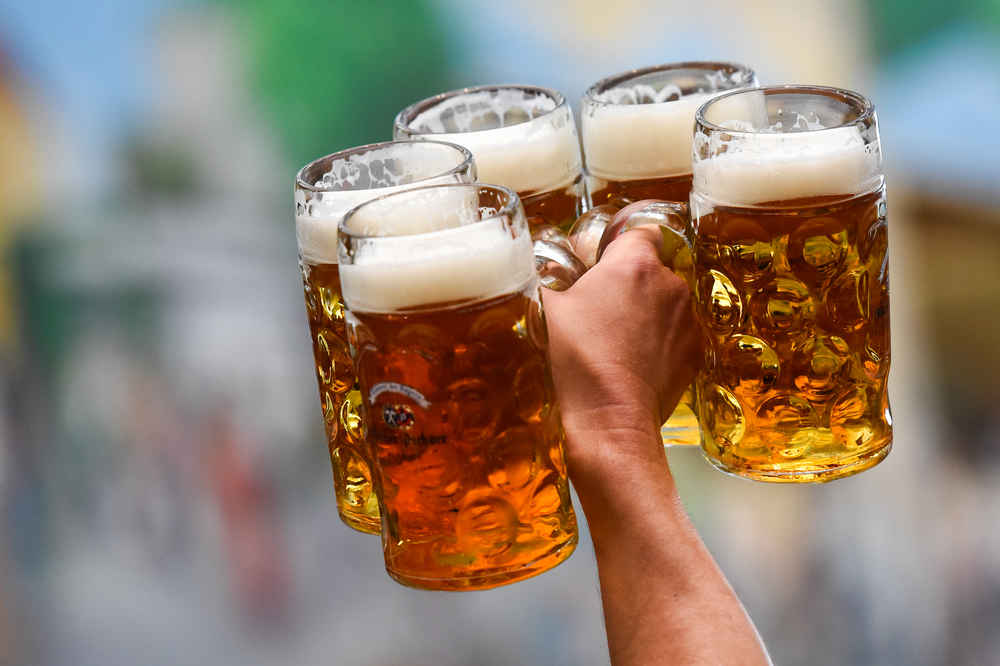