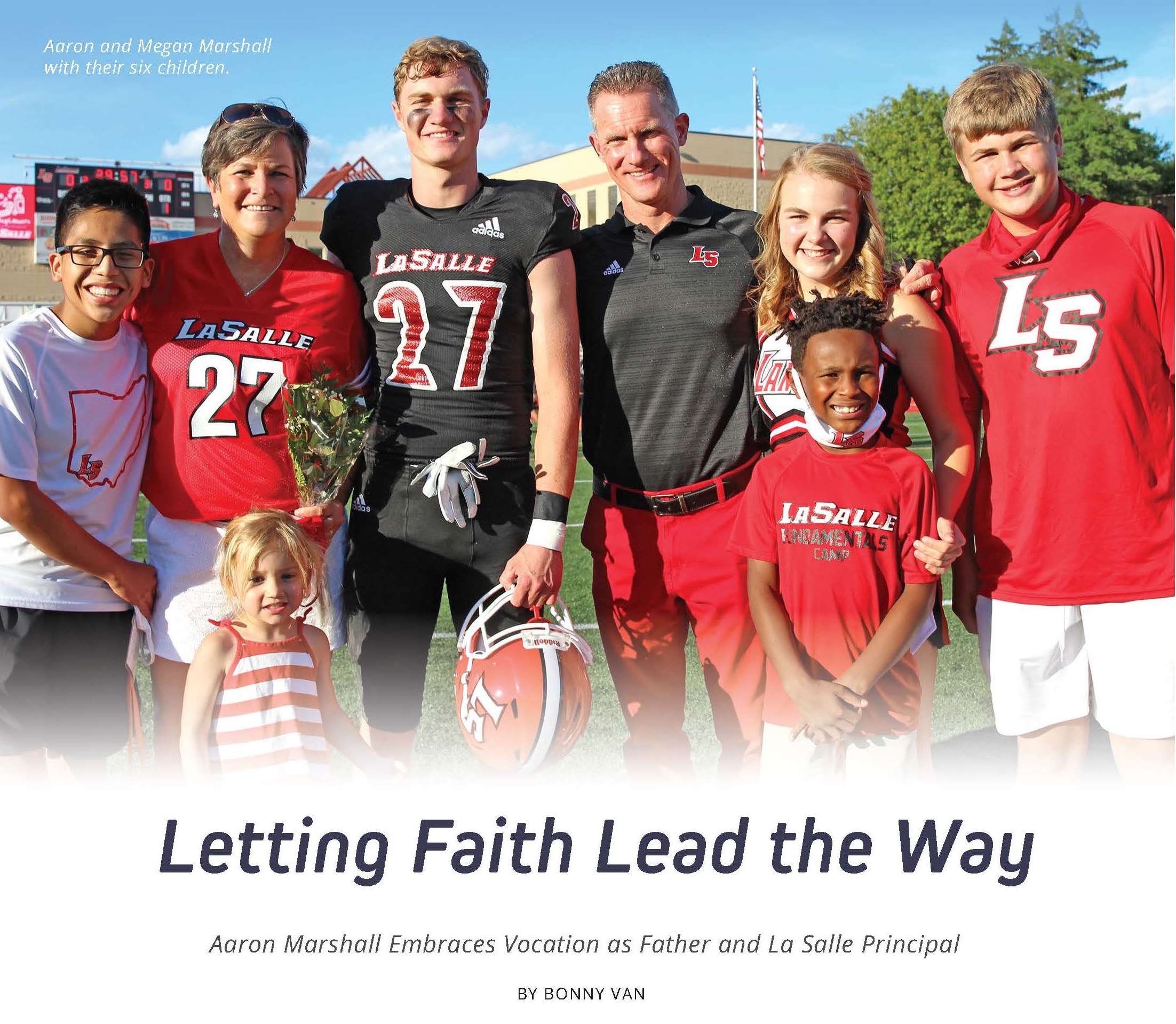 Running a high school of 565 students is no small feat, especially when every student is a boy finding his way through his teen years. But that challenge was exactly what Aaron Marshall, principal at La Salle High School in Cincinnati, was looking for when discerning how to merge his profession and faith. A life-long public school educator as both a teacher and administrator, Marshall reached the pinnacle of his career, principal at a top- notch school with ample support and resources, when he began considering his future.

“I was there for 10 years and towards the end of my time there, I had a lot of conversations with people, my wife included, ‘What’s next? What’s next?’ And the common denominator in all those conversations was, ‘How do I take my personal mission, my faith, and grow it closer to my professional mission? What does that look like?’” Marshall said.

Growing up in northeast Ohio, Marshall’s parents were both teachers, his mother at a Catholic grade school. He attended 7 a.m. Mass every Sunday with his brother and parents despite living 20 minutes from the church.

With six children of their own, three adopted, Marshall and his wife, Megan, are building their own family traditions, and Catholic education plays a significant role. Their family includes Joe, a University of Dayton freshman; Anna, a senior at Mount Notre Dame High School; Luis, a La Salle freshman; Victor, an eighth-grader at St. Mary School; Michael, a third-grader at Cardinal Pacelli School; and, Mary, age five.

“My faith has always been important to me personally. At the schools I’ve served in before coming to La Salle, people knew my faith was important to me and it would come up in different situations and scenarios and settings, but in public schools you can only take it so far,” said Marshall.

A chance call from a former colleague at the end of one school year led him to La Salle, he said.

“We looked at [the job opportunity] through multiple lenses, not just a financial one, but the idea of having our boys come to this school, how cool was that going to be!” he said.

“When you’re in public school, you have your home life, which you build around going to Sunday Masses and family traditions around your faith, but in a way you have to dial that back when you’re in a public school,” said Marshall. “And so [at La Salle], it’s much more seamless. It’s part of the daily work we do professionally here with our staff and our students. So whether you’re here at work or at home or some event associated with La Salle, it’s very seamless. You can talk openly about God and openly about your faith and not have to worry about someone judging or critiquing or whatever the case may be in public education. Also, it’s something that centers everything. So if I’m at a meeting here at school or I’m at a function at home or anything in between, there’s a commonality that we all share – we’re here because of Jesus Christ. And so, I think the ‘living out your vocation’ is done on a regular daily basis.

“My belief is ‘How do you help your fellow neighbor?’ I believe we’re all called to make life better for others… And I look at it, my neighbors are the people I work with, the people at home, the people I live in community with. And so, living out that vocation is doing things for and with people, my neighbors, that are directly [who we see] through the eyes of the Lord,” he said. 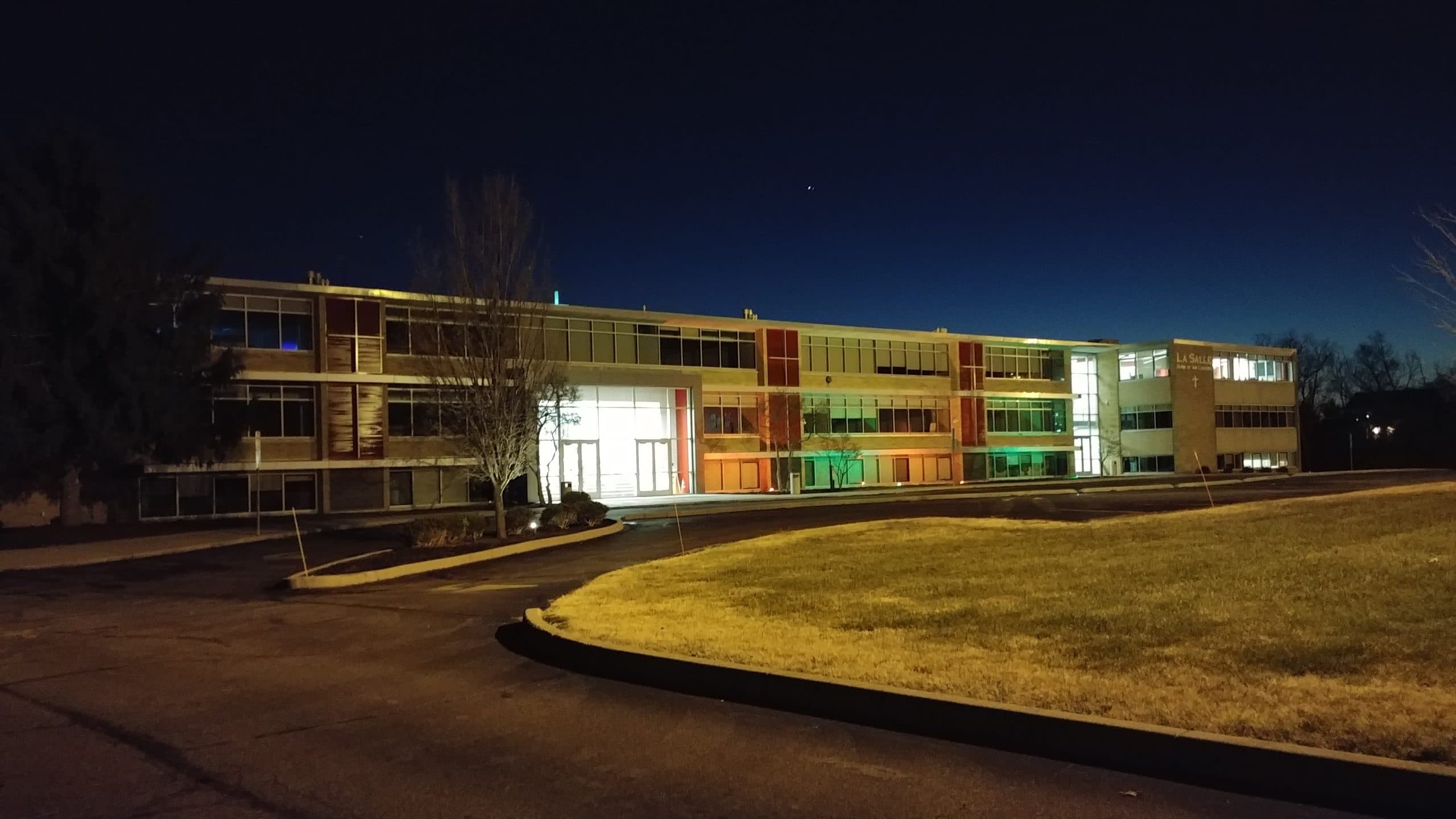