As children and adults watch the closing moments of the 93rd Macy’s Thanksgiving Day Parade, they’ll see a 30-foot tall Christmas tree full of happy, singing faces from all over the U.S. Among the singers will be McNicholas High School graduate and Guardian Angels parishioner Kayla Woods.

Woods, an employee of Macy’s in Kenwood, was selected from more than 300 applicants from around the country to join the choir on the float. The singing Christmas tree float debuted in the 2017 parade and is comprised of employees from Macy’s and Delta Airlines.

Fifty million people watch the Nov. 28 parade on television, along with more than 3 million on the ground in New York City. For Woods, 23, it’s a chance to be part of something she grew up watching.

“The biggest thing for me as a little kid and being a dancer was the Rockettes,” Woods said. “I always watched the parade and it was just a tradition that we always did. It’s kind of fun to get to experience that with me being there.”

Woods auditioned back in March, submitting a video tape of her singing “We Wish You a Merry Christmas.” In June, Macy’s announced her participation. Macy’s foots the bill for travel to the event.

Woods has been singing and dancing for much of her life. She was in choir at Guardian Angels as a youth and continued singing at McNicholas High School. There she participated in liturgy and show choir and took private lessons. She graduated from Northern Kentucky University for theater performance and business in 2018.

For the last six years, she’s served Guardian Angels as a cantor.

“Everyone kept telling me to [audition],” Woods said. “And I love New York and a lot of my friends are there. I’ve heard great things about it from employees who have gone before. It’s a great company that they provide that opportunity for us.”

The opportunity to sing on the float involves 15 hours of rehearsal, wardrobe and a tight schedule over four days in New York. 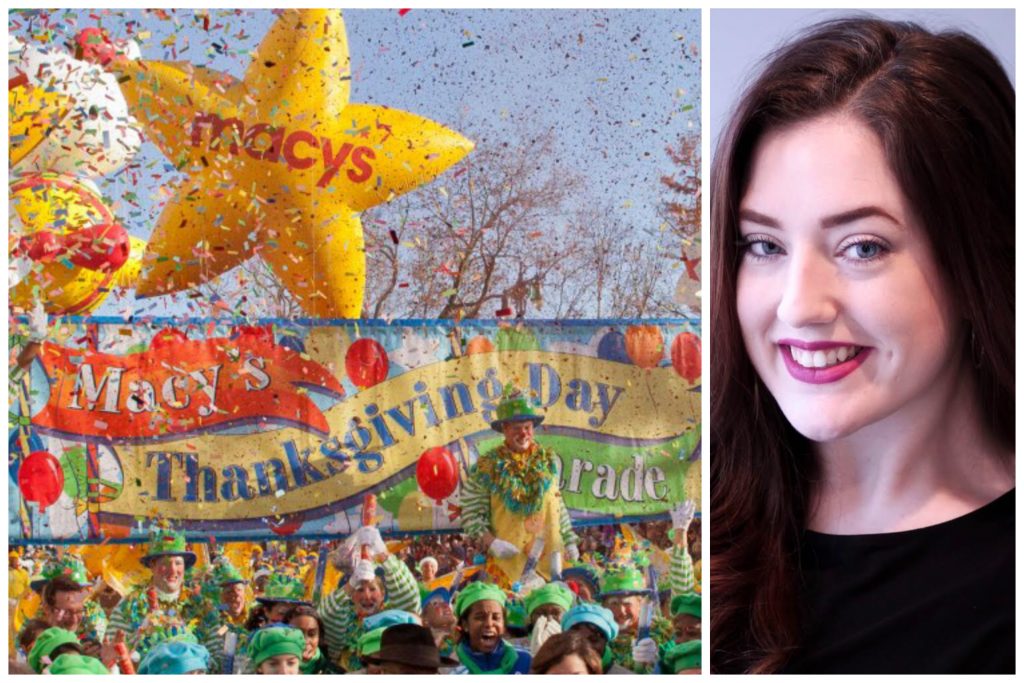