On February 10th of this year, our oldest son received his Confirmation. It was a day of great anticipation and excitement and another milestone in the life of a child whose beginning was a battle. Justin was born with a hole in his diaphragm. His liver and part of his small intestine had floated into his chest cavity and compressed his lungs. Therefore, he was born in a procedure called EXIT to ECMO which allowed the doctors to attach Justin to a special machine that provided his body with all the oxygen his body needed. He spent many stressful months in the hospital following his birth. At times we felt like the apostles on the sea of Galilee, being tossed about in the boat while Jesus was asleep. Eventually Justin came home with his diaphragm repaired, his small intestines and in their correct place, a tracheotomy tube, a feeding tube and some machines and medications to help him continue to grow and thrive. All along, without our knowledge, Justin was being cared for by the prayers of a saint we had never met: St. Erasmus, whose feast day is June 2.

St. Erasmus was the Bishop of Formia in the late 3rd Century. He endured great persecution and torture because of his Christian faith. Bishop Erasmus was tortured to the point of death several times. Each attempt to kill him or force him to deny his faith was just as cruel as the last, and none were successful. After each failed execution, he returned to his people where he preached powerfully and courageously and converted more people to Christianity. Finally, he was put to death in the year 303 by disembowelment. Today, he is always depicted holding the windlass around which his small intestines were wound.
PDF Saint Erasmus Coloring Page
PDF Globe Template

Fast forward 1,717 years and we were helping Justin to choose his confirmation saint. It was a shock to learn our Sesame Street-loving son could choose for a patron with the name St. Elmo (St. Erasmus’s other name). As we looked into his story, we found all these beautiful connections. St. Erasmus is the patron of people with intestinal ailments. Justin certainly had that for some time. St. Erasmus is the patron of sailors and has been invoked in the midst of storms at sea. As we said, we certainly felt like we were in the midst of a storm during his first several months of life. St. Erasmus endured indescribable torture and survived several attempts at his life. Justin survived when all seemed impossible. Today, Justin is thriving and we truly believe we have St. Erasmus to thank for that. So, we want to honor him with this month’s craft. And as we do so, let’s pray that, in the midst of the storm or in times of great struggle, we can be like St. Erasmus and keep our eyes on the Lord as we ask for His grace to help us endure.
PDF: St Erasmus Storm Globes 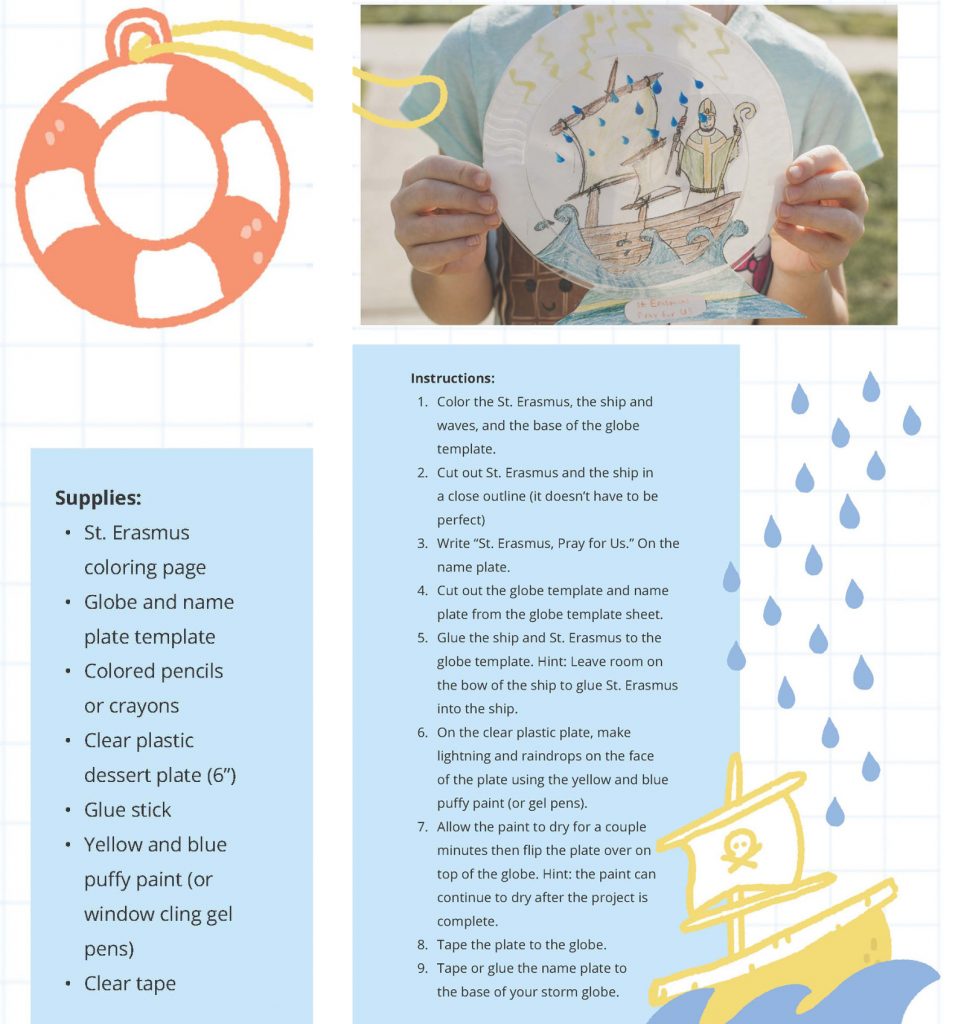 May 25: St. Bede the Venerable 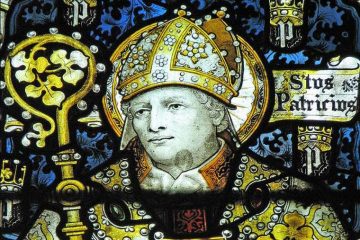