There’s a presumption in some circles that Millennials (generally described as those born between 1980 and 2000) are not engaged in charitable giving, but a look at the data suggests this isn’t true. The reality is that Millennials are supporting non-profits, they just have fewer financial resources than the generations that preceded them.

According to Forbes, millennial giving in 2014 averaged around $480 a year. To compare, Generation Xers gave $732, while Baby Boomers gave $1,212. While they aren’t giving as much, the same report stated that 84 percent of Millennials supported at least one charitable cause.

The Archdiocese of Cincinnati doesn’t have a hard data on the ages of its donors, but Director of Stewardship David Kissell confirmed that most donors are likely of an older age.

Eventually…
Anne Maxfield, a non-profit consultant, said younger generations are going to be the major players in philanthropic giving – eventually. They just haven’t amassed as much wealth as their predecessors by the same age.

“These men and women are the future funders of nonprofit and faith-based organizations,” she said. “They totally ‘get it’ that these important sectors must have philanthropic support from people of all ages. They just are not ready to make a large financial contribution yet.

Why? Because of their priorities. They are raising children, attending their children’s sports games, funding their enrichment programs, paying tuition, making mortgage payments, feeding their family, and figuring out their own spirituality.”

Different Style of Giving
Evidence also suggests that Millennials and their following generation, Gen Z, are giving in different ways. Forbes reported that 70 percent of Millennials gave at least an hour of time to a charitable cause.

“The beauty of Generation Z and the Millennials is they have more energy than any other generation,” Maxfield said. “These men and women do not hesitate to carve out an entire day to work on a nonprofit or church project. Some will bring their children as a way to ‘raise charitable children’ and introduce them to service work. They actually prefer this over serving on a regular committee. Why? There is a direct tie-back to their priority – family. This cohort considers volunteerism as a way to ‘give back’ to their favorite charity or church.”

When Millennials do give financially, they do so in new ways. Previous generations would reliably place envelopes in the collection basket at Mass, or give to the Catholic Ministries Appeal, but younger donors are jumping in on online initiatives like social media fundraisers and #GivingTuesday.

Some younger donors will give to churches, but only if they’re already involved.

“Younger people are not opposed to giving to their church, but they relate more to social service nonprofits (because of workplace giving) and their alma maters,” Maxfield said. “The reason that the data shows (and my observation) that young people are not giving to their churches is because there is a large number of them who do not belong to a parish, and if they do, they are not attending church service on a regular basis.”

Kissell agreed, adding that the key to getting new donors to Catholic organizations is a relationship with Christ and the Church. “You can try these different new methods and technology and that might help to get someone to participate in a particular appeal, but to sustain that where they’re giving over-and-over, year-after-year, it has to speak to their faith and how engaged
they are in the life of the Church. Evangelization and discipleship always come first. We always want our campaigns and appeals and opportunities for support to point back to the life of a disciple.”

In Profile: Dina Beach, Assistant Director of Latino Catechesis Attributes Miracle and Faith to Her Survival

If you can't go to confession, take your sorrow directly to God, pope says 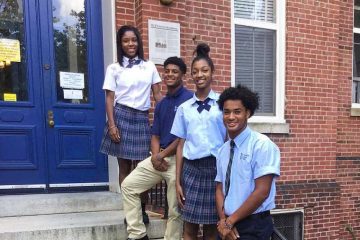