Catholics Come Home has announced its upcoming campaign to invite Millennial Catholics home to the Church, through new television commercials and an interactive website, called CatholicsComeHome.com. The new website and ads are making their debut in the Dayton, Ohio market, though they will be used around the country.

The ads and website are in response to the growing number of Millennial Catholics (young adults ages 18-34) abandoning their Catholic faith, as well as an effort to reach out to those young adults who consider themselves unaffiliated with any religion.

“We took to heart numerous studies showing that American millennials are struggling with addictions, suicide, out-of-wedlock births, joblessness, and other significant life challenges at catastrophic rates,” explained Catholics Come Home Founder and President Tom Peterson. “Our hope is to reduce these disheartening statistics and guide young adults toward healthier, joy-filled lifestyles by introducing them to—or reminding them of—the importance of faith and their Catholic faith community at their local parish.”

In collaboration with the Archdiocese of Cincinnati and other prominent Catholic organizations, like Alpha USA and Paradisus Dei, this campaign is part of a collaborative effort to strengthen the faith of Millennials and the entire Dayton community.

In recent years the Catholic Church has been focused on a “new evangelization,” explained Sean Ater, the Director of the Office of the New Evangelization for the Archdiocese. Catholics Come Home Commercials will reach Millennials in places they do not typically encounter Christ; on their smartphones, tablets, and computers, on the radio in their cars and in their living rooms on TV.

For their part, Catholics Come Home has conducted focus groups and message concept testing among Millennials prior to developing and launching their new line of ads and accompanying website.

The apostolate plans to air the commercials through traditional radio, cable and network TV channels, as well as through popular online digital networks like Facebook and YouTube.

Catholics Come Home has helped more than a half million people home to the Church across North America. The apostolate will soon be expanding its outreach to several international communities.

Too many couples do not understand marriage is for life, pope says

Martyrs are witnesses of faith, not just victims of genocide, pope says 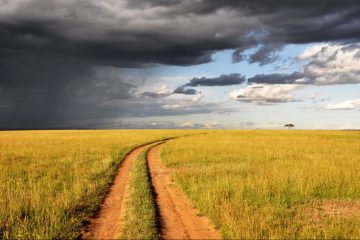