ST. FRANCIS DE SALES DEANERY — It’s been almost a year since a new Knights of Columbus council began on the east side of Cincinnati, and the faith-filled group continues to prosper.

The mission of the Salve Regina Council No. 14834, which has more than 30 members, is significant to many people on the east side. It has mobilized men to share Catholic fellowship and carry out charitable works. Members come from area many area parishes, including St. Rose in the east end, Christ the King in Mount Lookout and St. Mary in Hyde Park.

The council has been involved in many activities, such as volunteering at local food pantries, sponsoring a Lenten fish fry at St. Mary Parish, aiding a family at a nearby parish whose house burned down, staffing several bingo nights at St. Rose and helping to gather donated goods for Pregnancy Center East.

As the fraternal year concluded on June 30, members said they were looking forward to another year of helping others in the community while sharing their Catholic faith with one another.

“We intend to become more involved with one of the local food pantries and put the excellent catechetical materials the knights have online to work in some of our parish religious education programs,” said Rich Leonardi, a chancellor for the Salve Regina Council and one of the individuals who helped form it.

“To borrow a phrase, we intend to ‘think globally’ with Christ and His church and ‘act locally’ in our parishes and surrounding neighborhoods. There are always opportunities to help,” he said.

The council began on July 21, 2009, with the help of several individuals. Leonardi said he always liked what the knights stood for and knew they were in the process of experiencing a resurgence under Supreme Knight Carl Anderson.

“I wanted to bring their commitment to service, fidelity and genuine fraternity to Cincinnati’s near east side, since there was not an active council in the area,” Leonardi said.

A parishioner at St. Mary, Leonardi said he called the knights’ headquarters in Connecticut and eventually heard from some men at the state and regional levels. He was introduced to brothers Phillip and Daniel Kiley, who were eager to begin a council.

“Rich was a huge catalyst” in getting the council started, says Phillip Kiley, who attends St. Rose and St. Mary. Daniel is a parishioner at St. Mary. Eventually, a connection was made with St. Rose’s pastor, Father Barry Windholtz, who became an early enthusiastic sponsor and chaplain, according to Leonardi.

Phillip Kiley said Father Windholtz has been one of the most instrumental people involved with the council. He has attended nearly every meeting and has donated his time and resources to the group. He and Father Ken Schartz, pastor of St. Mary Parish, are both charter members of the Salve Regina Council.

Mark Ortalano, a member of St. Thomas More Parish in Withamsville and a district deputy for the area Knights of Columbus, was also one of the individuals who helped start the council. Ortalano said the Knights of Columbus represent the “strong right arm” of the church and works to promote the faith, family, pro-life values and charitable works.

“Helping others is key,” he said. “There are councils that work soup kitchens, help in VA hospitals, help the developmentally disabled and help families who have lost their homes. Also, the knights work with youth directly with the basketball Free Throw program, among others.”

As a district deputy, Ortalano works with councils to help increase membership and to ensure that they are participating in the various activities. He also helps identify locations for new councils and makes sure meetings are run properly for the six councils he oversees. He has been a district deputy since 2008 and is serving the second of two terms. A member of the Knights of Columbus since 1995, Ortalano said his faith has been strengthened by that of his fellow knights.

This past fraternal year (July 1, 2009 to June 30, 2010) Ortalano said the Salve Regina Council was one of 12 new councils that were started in the state of Ohio. Looking to the future he said the council’s goals include adding new members, continuing its charitable work and building on the identity of the group.

Leonardi said the first year of the Salve Regina Council was very successful. It drew more than 30 men at the launching of the council and the monthly meetings have been a blessing for the group. There are general sessions/meetings held monthly at St. Rose Parish and a monthly officers’ meeting that rotates from home to home.

Despite leading busy family and professional lives, many men want to put their faith in action and the Knights of Columbus provide them with that opportunity, Leonardi explained.

“Simply sharing time with other men who want to take their Catholic faith seriously provides powerful benefits of its own,” Leonardi said.

Newly formed Church of the Resurrection celebrates its first Mass

CMA Masses of thanksgiving in August 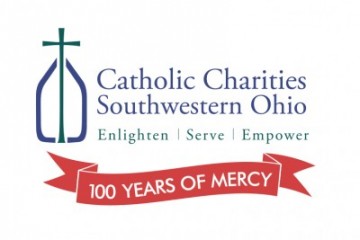