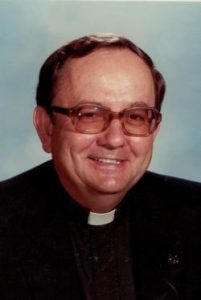 Associates of the Marian Pact are asked to offer, as soon as possible, one Mass for the repose of the soul of Father Buening, and when convenient, to provide for the celebration of two other Masses.

On the occasion of his 50th anniversary of ordination, Fr. Buening was quoted as saying, “I am especially thankful for the 17 years I taught at Elder High School. The faculty at Elder was one of the finest support groups a person could ask for…among whom were 35 priests. It was a joy to be there even in one’s most challenging times.”

Braxton: Justice, love must be 'written in our hearts' and daily actions