The daughter of Franklin and Mary Myrtle Huggins Thrailkill, she was born Barbara Ann Thrailkill on September 21, 1937 in San Antonio, TX. She was preceded in death by two brothers, Franklin (Irene) and Robert Thrailkill and a sister, Mary Francis Thrailkill Grohman (Fred). She is survived by a number of devoted nieces and nephews.

Sister Francis Marie graduated from Ursuline Academy in San Antonio and entered the Ursuline Sisters in July of 1955, making her vows in January of 1958. She earned a Bachelor of Arts Degree at the College of New Rochelle in New York, a Master’s Degree from Marquette University, Milwaukee, WI and an EdD from Nova University, Ft. Lauderdale, FL.

An outstanding educator, she taught in Ursuline Schools in Dallas, TX and New Orleans, LA, served as principal of Ursuline Academy in Dallas and as President of Springfield College in IL. Her longest time of service was as President of the College of Mt. St. Joseph, Cincinnati, OH for 20 years. After retirement from Mt. St. Joseph, she acted in interim roles as President of Chatfield College, St. Martin, OH and Wheeling Jesuit University, Wheeling, WV and as Director of Villa Maria Retreat and Conference Center, Frontenac, MN.

She retired with the Ursuline Sisters in San Antonio in 2011 and moved to Our Lady of Wisdom in 2014.

Her Funeral Mass will be at the National Votive Shrine of Our Lady of Prompt Succor, 2701 State Street, New Orleans, LA on Saturday, October 10, 2020 at 10 AM with visitation beginning at 9 AM. Burial will be at the Ursuline Sisters’ Mausoleum on the campus of Ursuline Academy. Memorials may be given to The Ursuline Sisters Retirement Fund, 353 S. Sappington Road, St. Louis, MO 63122. 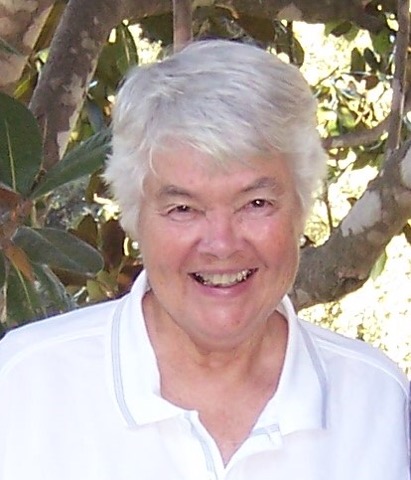