Mary Rose Hoffmann was born in Cincinnati, OH on August 13th, 1914 to Mary (Dumont) Hoffman and Oscar Hoffman. She was the youngest child in a family of eight children: four sons and three daughters. Her four brothers: John, Oscar-Jacob, Joseph and Oscar-Michael and her three sisters: Marie, Sr. Mary Eileen (Lorraine) and Margaret have all long ago predeceased her.

In 1932, Mary Rose graduated from Our Lady of the Angels High School in St. Bernard, OH and attended The Atheneum-a Catholic institution for Christian formation of priests and laity. She also was a swimming instructor, Red Cross volunteer and worked in an office.

After language study in 1938, Sister Paulita’s work was in direct evangelization, catechesis, pastoral visiting and native novitiates until 1950, when she was placed under house arrest by the new Communist government. After two years, when Bishop Ford died in the Guangdong prison on February 21st, 1952, (presumed date), Sister Paulita was freed and expelled from China. She went to Hong Kong for a short period and then returned to the Maryknoll Sisters Center, NY for medical attention. The lack of food during her period of confinement required an emergency operation and treatment. After a long period of recovery, Sister Paulita worked in the Maryknoll Sisters Promotion Department until 1954.

Sister Paulita loved China and the Chinese, and after her recovery in 1954, she was one of the first Sisters assigned to Taiwan. When she had first gone to China, Sister had learned the Hakka language so she chose to go to the Miaoli Deanery for her ministry. Sister first served in Nan Chuang Parish, but lived with other Sisters in the Toufen Convent. This was no problem for Sister since she traveled back and forth every day on her motorcycle! Paulita worked for over 50 years with the Hakka and Aboriginal peoples in Taiwan. She was rewarded for this long and faithful service with a certificate of Permanent Residency making her a citizen of Taiwan.

From 1954 until 2004, Sr. Paulita lived and worked in Taiwan doing a variety of pastoral-catechetical works in a number of parishes in Toufen in Miaoli County, Fenglin in Hualien County and Tungshih in Taichung County. Among other skills, she was an artist with a keen eye for unique pieces of wood. Despite the fact that her right hand had been severely crushed in a laundry mangle while she was still a novice, over the years she carved beautiful wood crucifixes from interesting branches she collected on her many mission trips into the mountains of the Miaoli area.
All was not always serene in Taiwan. Sister Paulita relates how she survived a number of earthquakes like the one that claimed some 2,000 lives in September of 1999. She was at the epicenter of the quake in Tungshih. For three days the Sisters in Taiwan did not know if she had survived. When they finally made contact with her, she chose to remain for several weeks with the people in Tungshih, sleeping with them on the floor of the parish church – one of the few buildings in town that had remained unscathed.

In 2004, Sister Paulita returned to the Maryknoll Sisters Center, NY where she continued to serve her community in various positions until 2012 when she retired. Sister Paulita made it to the remarkable age of 104 years old, despite being placed under house arrest by the Communist Regime, being a victim of a freak accident which left her with a severely crushed hand, and surviving several earthquakes in Taiwan!

A Vespers service will be held for Sister Paulita on Monday, March 18th, 2019 at 4:15 p.m. in the Chapel of the Annunciation at the Maryknoll Sisters Center.

A Mass of Christian Burial will follow on Tuesday, March 19th, 2019 at 11:00 a.m., also in the Chapel of the Annunciation. Interment will follow in the Maryknoll Sisters Cemetery on the Center grounds. 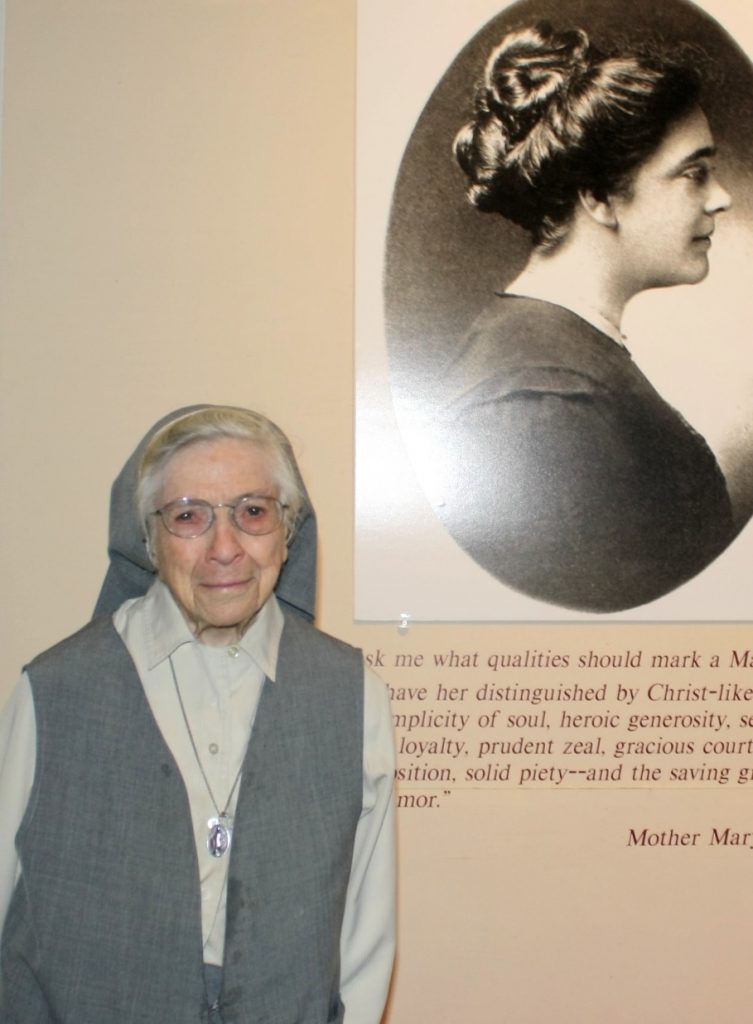 At least 15 dead from coronavirus in NY religious orders

‘We will be protected by God,’ Trump declares in inaugural address