Less than two weeks after the announcement that Jim Rigg was stepping down as Director of Educational Services and Superintendent of Catholic Schools for the Archdiocese of Cincinnati, another high-ranking schools office official has accepted a job in another diocese.

Chris Pastura, Assistant Superintendent and Director of School Strategic Planning for the Archdiocese of Cincinnati, has been named Superintendent of Catholic Schools and Centers for the Diocese of St. Petersburg, Fla. The announcement was made Wednesday, Sept. 9.

A press release issued by the Diocese of St. Petersburg reports that Pastura holds a Master of Nonprofit Administration degree from the Mendoza College of Business at the University of Notre Dame, a Master of Educational Administration degree from Xavier University, and a Bachelor of Arts in Theology from Xavier University. His experience includes work as a high school principal, assistant principal, lay missionary and theology teacher.

Pastura has served the Archdiocese of Cincinnati in his present role since 2011.

“It has been my honor and privilege to serve with my colleagues in the Catholic Schools Office and work with pastors, principals, and other school leaders in the Archdiocese of Cincinnati,” Pastura told The Catholic Telegraph.

Pastura will officially take leadership of the Catholic Schools and Centers for his new diocese in October. The position had previously been held by Dr. Alberto Vasquez-Matos, who left the St. Petersburg in June to become Chief of Staff for Hillsborough County Public Schools. Pastura was selected after a nationwide search for superintendent which was coordinated by a committee of diocesan administrators and current and former Office of Schools and Centers personnel.

The Diocese of St. Petersburg includes 45 schools and centers and 11,000 students throughout five Florida counties. By contrast, the Archdiocese of Cincinnati is the sixth-largest network of Catholic schools in the nation with 111 schools and 42,000 students as of June 2015.

Catholic school superintendent: ‘Our kids need to go back to school’ 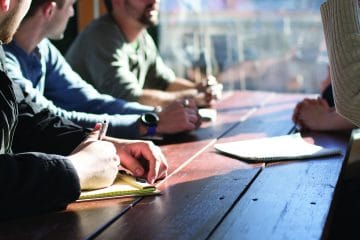