August 9, 2022 The Catholic Telegraph
Home»Vocations»Patience and the priesthood: A vocation 50 years in the making
Vocations

Patience and the priesthood: A vocation 50 years in the making

Washington, D.C. Newsroom, Nov 5, 2020 / 12:00 pm MT (CNA).- On average, diocesan priests take about six years to complete seminary formation. For Dominican priests, it is seven. Jesuits study for over a decade. David Pinto, however, has them all beat.

Pinto was ordained a deacon in June this year. When he is ordained a priest of the Diocese of Kalamazoo on December 8, 2020, at the age of 71, it will be the conclusion of 53 years of formation, discernment, and prayer.

Pinto entered St. Meinrad Seminary, Indiana, in 1967, shortly after he graduated high school. After graduating with a degree in philosophy in 1971, he moved on to St. John Provincial Seminary, planning on being ordained a few years later.

Shortly after Pinto began theology studies, his father died suddenly. As the oldest of 12 siblings, he elected to leave seminary and assist his mother in raising his brothers and sisters. He stuck around until his youngest sibling was through college, and then helped with his nieces and nephews.

All the while, the goal of becoming a priest remained in his heart. He told CNA that while he “dated a few times,” he “never lost the desire for priesthood” even as he seriously considered marriage. In his late 30s, Pinto attempted again to re-enter seminary, but family obligations once again took precedence.

Pinto explained to CNA that while he was “not at all” frustrated in having to delay his seminary studies to take care of his siblings, there “were a lot of stressful and challenging times.”

Finally, in 2017, he enrolled at Sacred Heart Major Seminary in Michigan. Pinto told CNA that despite the 44-year gap in formal seminary studies, it was “not a problem” for him to jump back in straight to the three years of theology studies. He credits his brother seminarians for their help in his success, saying that he “would not have made it through the first Theology One year” without them.

“I am so very grateful and always will be to them,” he said. “They are the best.”

Pinto explained to CNA that he was able to maintain his faith during his seminary hiatus by relying on “knowledge that Jesus Christ is the Second Person of the Blessed Trinity, that he is God, and His love of us is infinite.”

“I sought help from Our Lady, the Undoer of Knots, and the model of faith,” he explained. “At the foot of the Cross, she never lost faith that her Son was God and that He came to give us salvation.”

Mary’s faith in her son helped sustain Pinto’s faith, he said, “knowing that Christ would not abandon me because He did not abandon his mother.”

When Pinto is finally ordained a priest, over half a century after he first began seminary, he says he is most looking forward to living out his priestly mission of blessing others and offering the Eucharist.

“Being able to bless and offer sacrifice in the greatest prayer that has ever been given to humanity—and all that goes with those two missions,” he said.

As for others who may be enduring a vocation that is taking a different path than they anticipated, Pinto advises them to be patient and remain steadfast in faith and hope.

“Patience is really what the Holy Spirit wants of us, to allow ourselves to be conformed as He so wants us,” he said. “If we are patient and continue to grow in our relationship with Christ, the time will come when the call will take on a more formal training.”

“And, if not, it is still in complete abandonment to the Spirit that we will discover the reason for the journey we are on,” he said. He advised those who are struggling with God’s timing to “see your position in life as a self-sacrifice which you are giving back to God as adoration.”

“Then,” he said, “your journey will become one of joy in the giving of self to the Lord.”

Pope Francis transfers financial administration out of Secretariat of State

Patience and the priesthood: A vocation 50 years in the making

Can Non-Christians be Saved? 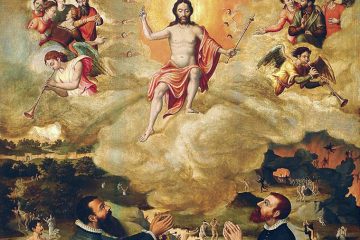