VATICAN CITY — After a Vatican investigation, Pope Francis removed a Paraguayan bishop from his post as head of the Diocese of Ciudad del Este because of “serious pastoral reasons.”

Bishop Rogelio Livieres Plano, 69, was told to step down as head of the diocese effective Sept. 25. Bishop Ricardo Valenzuela Rios of Villarrica del Espitiru Santo will temporarily administer the diocese.

A Vatican statement said the “onerous decision” to dismiss Bishop Livieres was made after a “careful examination” of the findings of a Vatican investigation conducted by the congregations for Bishops and for Clergy. An apostolic visitation to the diocese in July was led by Spanish Cardinal Santos Abril Castello, archpriest of Rome’s Basilica of St. Mary Major.

The order for Bishop Livieres, a member of Opus Dei, to step down was based on “serious pastoral reasons” and motivated by “the greater good of the unity of the church in Ciudad del Este” and among Paraguay’s bishops, the Vatican statement said.

In the exercise of his ministry protecting unity among bishops and the faithful, Pope Francis “asks the clergy and all the people of God” in the diocese to accept the decision “with a spirit of obedience, docility and a neutral attitude,” it said.

The pope also “invites the entire church in Paraguay, guided by its pastors, to a serious process of reconciliation and to overcome all divisiveness and discord so that the face of the one church” not be deprived of “the joy of the Gospel.”

While the Vatican did not list specific reasons for the bishop’s dismissal, it came just a few months after the Vatican had ordered him to stop ordaining priests amid ongoing allegations of sexual abuse committed by a high-ranking diocesan official.

Just days before Cardinal Abril went to the diocese to conduct the canonical visit, Bishop Livieres removed Msgr. Carlos Urrutigoity from his post of vicar general of the diocese “on the grounds of needing him to take on other tasks,” according to a comment July 30 by Jesuit Father Federico Lombardi, Vatican spokesman.

Prior to moving to Paraguay in 2005, Msgr. Urrutigoity, an Argentine priest, held posts in Argentina and Winona, Minnesota. He was accepted into the Diocese of Scranton, Pennsylvania, in 1997.

A 2002 federal lawsuit claims that while in Scranton, living at St. Gregory’s Academy in Elmhurst, Msgr. Urrutigoity slept in a bed with a student to whom he “directed inappropriate sexual contact.”

The suit did not say whether the plaintiff was a minor at the time of the alleged incident. The case was reportedly settled in 2005 for a sum of $400,000.

A statement posted on the Scranton diocesan website in March said Msgr. Urrutigoity “was identified as posing a serious threat to young people.” Diocesan leaders “expressed grave doubts about this cleric’s suitability for priestly ministry and cautioned the bishop of the Diocese of Ciudad del Este, Paraguay, to not allow Father Urrutigoity to incardinate into his diocese.”

In July, a spokesman for the Ciudad del Este Diocese referred Catholic News Service to a statement that called the accusations against Msgr. Urrutigoity a “harsh campaign of libel and slander” coming from the United States.

That statement suggests the accusations against Msgr. Urrutigoity were a political tool to discredit Bishop Livieres because, in 2012, he had attempted to open a new seminary that would “seek a more radical application of the guidelines of the Second Vatican Council.”

The statement said the formation of the seminary surprised and angered Paraguayan church leaders, who then tried to dismantle it.

“A separate chapter in this history of opposition to our bishop and the new seminary is undoubtedly the attack on Father Carlos” Urrutigoity,” the statement said. “His case was used as a workhorse to question the pastoral achievements in the diocese.”

The statement said all allegations of inappropriate conduct were false. 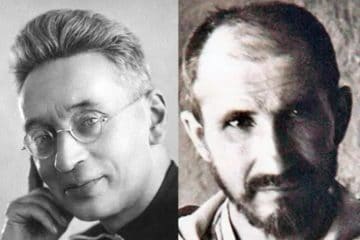