January 29, 2023 The Catholic Telegraph
Home»Commentary»Pope Francis and the ‘fatal metaphor of progress’
Commentary

Pope Francis and the ‘fatal metaphor of progress’ 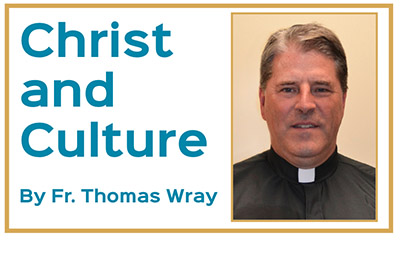 Unsurprisingly, the media coverage of Amoris Laetitia continues an age-old misunderstanding of all things Catholic. The media elites can only report our news as as either “progressive” or “traditional.”

This stems from a utilitarian and secularized understanding of human “progress.” To the post-modern mind all religions are essentially man-made institutions, whose teachings must therefore evolve and adapt to the spirit of the age, or disappear into irrelevance.

By contrast, the Catholic view of salvation history is one of continuity with the past and openness not to change per se, but rather development. Thanks to the ongoing guidance of the Holy Spirit who “leads and guides us into all truth” Jesus’ safeguarded his Church from doctrinal error (John 16.13). This objective footing allows us to calibrate our message, not the core teachings themselves, so as to be more intelligible to the “joys and hopes, the griefs and anxieties” of the people of this era of human history (Gaudium et Spes 1).Pope Francis’ gives us a shining example of this authentic development of doctrine in Amoris Laetitita.

The Holy Father has from the outset of his pontificate assured us that he thinks not in isolation from but rather as a “son of the Church.” By this he signals his continuity with the Church’s teachings. Church doctrine frames the canvas on which the Holy Father has painted his picture of how we might better evangelize, catechize and show mercy to the secularized culture of today.

As Father José Granados, Vice President of the Pontifical Institute of John Paul II in Rome explains, Amoris Laetitia does not change the church’s discipline on the divorced and remarried receiving communion:

“The only possible hint towards a change in discipline is found in footnote 351, where it is said that in certain cases the Church can give to people who live in irregular situations the help of the sacraments,” Father Granados explained. “It would be strange to suggest that the Pope has intended to make such an important change of Church discipline in a footnote of an apostolic exhortation. … the note refers to irregular situations in general, and not directly to the case of the divorced and civilly remarried.

“Further specifications would be needed,” he added, “that the Pope did not want to make, thus not implying any change in discipline. What the documents proposes is to start a way of integration, that allows these baptized people to live according to the Gospel. Thus, Familiaris Consortio 84 and Sacramentum Caritatis 29 continue to indicate the pastoral way, without exception, because these norms are not a judgment on the subjective culpability of the person, but they show the goal every evangelization aims at: a way of life in accordance to the Gospel of Jesus. All this means that those who expected a revolution from the document have to be greatly disappointed.”

As GK Chesterton so trenchantly observed, secular culture cannot tolerate a Church that thinks in these objective terms. It will attempt to tell our story on its terms. It can imagine “progress” only as as a predictable but violent rejection of the past:

So let us take a deep breath, thank God for the ongoing guidance of the Holy Spirit still so visibly at work through the Church’s magisterium, and go read for ourselves the rich and beautiful teachings of Amoris Laetitia.

Welcome to Christ and Culture. Here Father Thomas Wray explores connections between Jesus Christ and his people through the lens of our modern culture.

Previous Christ and Culture installments
Coaches, players and disciples
Brooklyn: Homesickness and the Lenten journey
The Super Bowl and the Episcopalian Divorce

Vatican announces launch of Catholic ‘global compact’ on the family

Pope Francis and the ‘fatal metaphor of progress’