Vatican City, Feb 24, 2021 / 04:15 am MT (CNA).- Pope Francis expressed his condolences on Tuesday after three people were killed in an attack on a United Nations convoy traveling in the Democratic Republic of Congo.

Luca Attanasio, the Italian ambassador to Congo, died of his wounds from the attack. Vittorio Iacovacci, an Italian Carabinieri officer, and Moustapha Milambo, their Congolese driver, were also killed.

The group had been traveling on Feb. 23 from Goma to visit the site of a humanitarian initiative by the World Food Program at a school in Rutshuru in the east of the country when the U.N. vehicles were ambushed.

In a Feb. 23 telegram to Italian President Sergio Mattarella, Pope Francis wrote: “With pain, I learned about the tragic attack that occurred in the Democratic Republic of Congo … I express heartfelt condolences to their families, the diplomatic corps, and the carabinieri on the death of these servants of peace.”

The pope honored the 43-year-old ambassador for his “exemplary witness” through his work to “establish fraternal and cordial relationships, to establish serene and harmonious relationships in the heart of the African country.”

“While I lift up prayers in suffrage for the eternal repose of these noble sons of the Italian nation, I encourage you to trust in God’s providence. None of the good accomplished is lost in His hands, even more so when it is confirmed through suffering and sacrifice,” Pope Francis wrote.

“To you, Mr. President, to the relatives and colleagues of the victims, and to all those who mourn their loss, I send my blessing from my heart.”

The U.N. announced on Feb. 23 that it would be leading an investigation into the attack, which occurred close to Congo’s Virunga National Park, where many rebel groups are active. No group has yet claimed responsibility. The Democratic Forces for the Liberation of Rwanda, an armed group active in the area, has denied any involvement.

The Associated Press reported that more than 2,000 people were killed last year by armed groups in the eastern provinces of the Democratic Republic of Congo, where millions of others have been displaced by the violence.

Four World Food Program staff members, who were also part of the humanitarian convoy, are safe and accounted for, according to the U.N.

The new Italian prime minister Mario Draghi was present at Rome’s Ciampino airport late Tuesday night for the arrival of the coffins of Ambassador Attanasio and Officer Iacovacci.

Cardinal Fridolin Ambongo Besungu, the archbishop of Kinshasa, said in an interview with the Italian Catholic television station TV2000 that the Democratic Republic of Congo has been “devastated for years for economic and geostrategic reasons.”

“The world can no longer be silent in the face of these human tragedies,” he said. 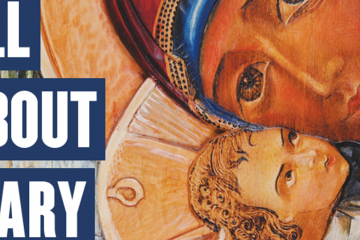