Father James Golka is Pope Francis’ choice to become the next bishop of Colorado Springs, and the Nebraska priest used his opening remarks for the diocese to encourage everyone to “become fascinated by the Lord.”

“I’m fascinated by Jesus Christ,” Golka said at a Friday morning press conference in Colorado Springs. “It’s a gift that God gave me as a boy. I remember as a second-grader getting my first Children’s Bible. I loved reading the stories of Jesus.”

“To hear about Jesus and what he did in the Gospels fascinates me. What made him respond to people the way he responded to them? What made him say what he said?” the priest asked. “He knew that in his person was the Reign of God. He knew his identity, and he acted out of it.”

Golka said he was “incredibly humbled and excited” to join the Diocese of Colorado Springs. “I ask for your prayers; please be assured of mine.”

Archbishop Christophe Pierre announced the appointment the morning of April 30, the U.S. Conference of Catholic Bishops said Friday. Golka currently serves as both rector of Grand Island’s Cathedral of the Nativity of the Blessed Virgin and vicar general for the Diocese of Grand Island, whose territory extends from the western Nebraska panhandle into central Nebraska.

He succeeds Bishop Michael Sheridan, 76, who has headed the diocese since January 2003. Under church law, bishops must submit their resignation to the pope upon turning 75.

Sheridan said he was happy with the appointment.

“Bishop-elect Golka has already shown himself to be not only a skilled administrator, but also a man of prayer,” Sheridan said in a statement from the Colorado Springs diocese. “I believe that he will serve the people of this diocese very well.”

Golka was born Sept. 22, 1966 in Grand Island, Neb. He is the fourth of ten children born to Robert and Patricia Golka. He graduated from Grand Island Central Catholic High School.

In 1989, he graduated from Creighton University with a bachelor’s degree in philosophy and theology. He served as a Jesuit lay missionary volunteer at Native American missions in South Dakota, including work on the Pine Ridge Reservation of the Oglala Sioux Tribe, then entered St. Paul Seminary in Minnesota. There, he earned a master’s in divinity and a master’s degree in sacramental theology.

He was ordained a priest for the Grand Island diocese on June 3, 1994. He served several assignments as assistant pastor and pastor. From 2006 to 2016, he was pastor of St. Patrick’s Parish and president of St. Patrick’s School in North Platte, Nebraska. He has served as rector for Grand Island’s cathedral since 2016. He was named vicar general of the diocese in 2018.

Golka, who speaks English and Spanish, has served on his diocese’s College of Consultors, the Presbyteral Council and the Personnel Board. He has been a pilgrimage director for Jerusalem and the Holy Land. He previously served as director of Higher Ground, a diocesan summer retreat for young people.

In a prayer before his remarks at the press conference, Golka gave thanksgiving to God and asked that God will guide the people of Colorado Springs diocese to “open our ears that we may truly hear your word for us, to know your will, that we might follow it faithfully.”

Golka said he was “terrified, shocked, humbled” at the prospect of becoming a bishop. But he emphasized “I trust the Lord fully.”

Commenting that people had asked what his agenda might be, he said: “I don’t have any agenda that I know of. I just think that together we discern what is the mission of God for the people of the Diocese of Colorado Springs.”

Golka’s ordination as a Catholic bishop is scheduled for June 29.

The Colorado Springs diocese serves about 187,000 Catholics out of more than 1.1 million people. Its territory includes the U.S. Air Force Academy. It is one of three dioceses in Colorado.

“We pray that God will bless you and the Diocese of Colorado Springs with all the graces you need to shepherd God’s people and help them experience the joy of knowing him,” they said in a joint statement. “We are sure that you will find as we have that the Church in Colorado is filled with good, faithful and generous people. We look forward to working with you in our shared ministry to this great state.”

“We also wish to extend our prayers and gratitude to Bishop Michael Sheridan for his service to the Church and wish him well in his retirement,” Archbishop Aquila and Bishop Rodriguez added.

With 'message of hope,' consecration of California to St. Joseph coming to multiple churches 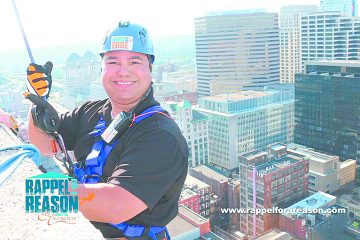