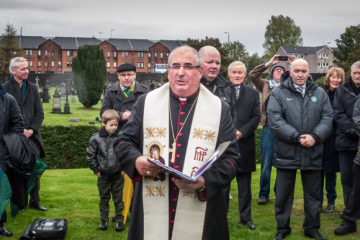 Denver Newsroom, May 20, 2020 / 12:47 am MT (CNA).- The University of Notre Dame announced this week that students will return to campus in the fall, with the semester starting two weeks earlier than usual and no fall break in order to complete the semester by Thanksgiving.

In addition to social distancing and mask requirements, the plan will include “comprehensive testing for COVID-19” and “enhanced cleaning of all campus spaces,” university president Father John Jenkins said in a May 18 announcement.

“Bringing our students back is in effect assembling a small city of people from many parts of the nation and the world, who may bring with them pathogens to which they have been exposed. We recognize the challenge, but we believe it is one we can meet,” Jenkins said.

Teachers have been asked to prepare to offer their courses both in person and online, so that students who are sick or quarantined can continue to participate, he continued.

The university sent students home in mid-March amid the expanding pandemic to complete the spring semester online. Jenkins said the university had consulted with medical experts from the Cleveland Clinic and country health officials to develop the reopening plan.

Though Notre Dame is one of the first large universities to announce a reopening strategy for the fall, it is not the first Catholic university to do so.

Officials at The Catholic University of America (CUA) in Washington D.C. are planning for in-person instruction in the fall, but have not yet announced whether there will be adjustments to the semester start or end dates.

Starting with a phased reintroduction of faculty and staff, the return to campus will include social distancing, testing, and cleaning, and other cautionary measures, President John Garvey said in a May 7 announcement.

In addition, the university is investing in video equipment and virtual technology to enable professors to offer all courses both in person and online if necessary, Garvey said.

Christopher Lydon, who oversees enrollment at CUA, told CNA that the university is continuing to evaluate the range of contingencies the university will need to have in place as new health information becomes available from the government and the CDC.

Benedictine College in Atchison, Kansas is also set to reopen with in-person classes for the fall semester, starting the semester “on time” August 26, president Stephen Minnis announced May 5.

Among the strategies Benedictine’s administrators are considering to allow the campus to reopen include social distancing in the classroom, “adjusted classroom or course schedules,” the use of masks, the possibility of testing, rules for use of common areas, and rules for watching athletic events, the announcement states.

Steve Johnson, a spokesman for Benedictine College, told CNA last month that before the pandemic, the university was expecting a record freshman class and record enrollment.

“So far we’re not seeing anyone falling off and we are anticipating opening in August with face-to-face classes as close to normal as possible…We are not expecting any major drop in enrollment,” Johnson told CNA April 23.

Franciscan University of Steubenville, Ohio, announced in April that tuition costs for all incoming freshmen and transfer students in fall 2020 would be covered by the university’s reserves.

Franciscan has not yet announced its reopening strategy for next semester. Joel Recznik, Franciscan’s vice president for enrollment, told CNA in April that barring unfortunate circumstances, such as a second wave of the pandemic, the university is anticipating full enrollment and normal university operations in the fall.

As colleges across the country grapple with an unknown future in planning for the upcoming semester, the New York Times notes that the California State university system already has announced that it will not reopen as usual for the fall semester, and that classes will be held primarily online.

At least one Catholic college— Holy Family College in Wisconsin— has had to shut its doors permanently amid enrollment and fundraising challenges.

The 'painful journey' of Jane Roe and the pro-life movement 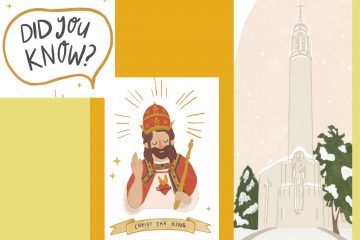