ST. MARYS DEANERY — Two natives of the Archdiocese of Cincinnati have been named to the general council of the Missionaries of the Precious Blood in Rome. Father Larry Hemmelgarn, formerly of St. Mary Parish, Philothea, newly appointed to the council, joins another Father William Nordenbrock, formerly of Mary Help of Christian Parish, Fort Recovery, on the council.

The Missionaries are a religious congregation of priests, brothers and lay associates who serve in 20 countries around the globe. As with all Roman Catholic religious congregations, the Missionaries have their own leadership structure that makes decisions on behalf of their members. These leaders work in cooperation with the larger church hierarchy of bishops, cardinals and the Holy Father.

Father Hemmelgarn was appointed to fill an unexpired term of councilor and vice moderator general. Father Nordenbrock was elected to the council by representatives from many countries in 2007 and has now been named vice moderator general. Both are members of the Cincinnati province of the Missionaries of the Precious Blood, which has its offices in Dayton.

Father Hemmelgarn will continue in his current roles with the Cincinnati Province, which include provincial secretary, member of the provincial council, and director of mission advancement. He is heading up the province’s $7 million comprehensive fundraising campaign, Missionary Hearts, and will continue to live in Dayton.

Father Nordenbrock, who recently earned a doctoral degree in theology, also serves as director of formation for the province. He is also in ministry with the Precious Blood Ministry of Reconciliation in Chicago, where he will continue to reside.

A career from the heart 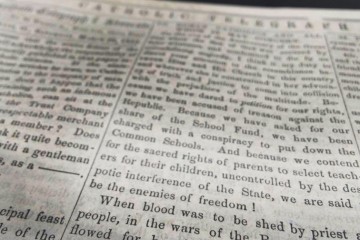