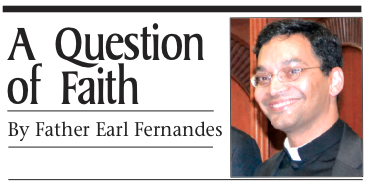 Dear Father: Why aren’t non-Catholics allowed to receive the Eucharist? I’ve talked to my parish priest and his response was two-fold:   They need to be in union with the Catholic Church, and they must believe that the Eucharist is the body of Christ, not just a symbol of Christ’s body. Is there any additional clarification that I can offer them so that they can better understand?

Dear Reader: Your parish priest is on the right track. The 1993 Directory for the Application of Principles and Norms on Ecumenism from the Pontifical Council for Promoting Christian Unity (129) states that: “A sacrament is an act of Christ and of the Church through the Spirit. Its celebration in a concrete community is the sign of the reality of its unity in faith, worship, and community life. As well as being signs, sacraments- especially the Eucharist-are sources of the unity of the Christian community and of the spiritual life, and are means of building them up. The Eucharistic communion is inseparably linked to full ecclesial communion and its visible expression.”

Read more Question of Faith columns
Q&A: How many times did Christ rise?
Q&A: Is it ok to save umbilical blood for stem cell research?
Q&A: What are the rules for godparents?
Q&A: What does the church teach about using technology?

As Catholics, we recognize the baptism of other Christians. Through baptism, a real though imperfect communion exists with other Christians. This common bond of baptism directs the baptized toward fullness of life in Christ. These two principles then animate the ecumenical movement and the desire for fullness of life culminating in the sharing of Eucharistic communion. However, despite the strides made over the past century, full communion and its visible expression do not yet exist.

From the point of view of who can be admitted to communion in general (besides Catholics), one immediately thinks of those Churches which have preserved valid Holy Orders and a valid Eucharist. These would include the Oriental and Eastern Orthodox Churches (although members should respect their own church discipline), the Polish National Catholic Church; and, the Assyrian Church of the Near East- to name a few. With these churches, one continues to work for the visible expression of communion with the Pope. We share a special closeness in faith, worship, and community life. In the Middle East, this closeness comes even in suffering and martyrdom.

On the other hand, the ecclesial communities mostly of the Reformation have diverse sacramental theologies, worship practices, and understandings of the church. For example, some do not consider themselves to be churches; rather, they see themselves as assemblies or congregations. Some believe only in baptism and Eucharist but have very different understandings of them. Many reject the sacrament of Holy Orders. There are diverse theologies of the Eucharist. Some believe that the eucharist is purely symbolic; others, like the Lutherans and Anglicans, have a more developed sacramental theology. There are too many differences to name. The real sticking points revolve around the necessity of validly ordained priests (through apostolic succession); belief in the real presence of Christ in the Eucharist; the sacrificial nature of the Mass; and the understanding of the Church. However, the growing divide in moral teaching poses a new threat to Christian unity and full communion.

The Catholic approach to sacramental practice, like that of the Orthodox Churches, Missouri Synod Lutherans, and some Baptists, is often called closed communion, reflecting the first principle regarding unity in faith, worship and community life. Groups like the Methodists, the Disciples of Christ, Presbyterians, and other ecclesial communities of the Reformation often emphasize the second principle (common baptism) and have what is called open communion. Perhaps, showing them the difference in emphasis in the principles might help them better understand the Catholic discipline and practice. In the one person of Christ, there is no division. The pain we experience in not sharing full communion should help motivate us to work that His prayer might be fulfilled: That all may be one.

Father Earl Fernandes is dean of Mount St. Mary’s Seminary and the Athenaeum of Ohio, where he is assistant professor of moral theology. To ask Father Earl a question about the Catholic faith, send an email to Steve Trosley or write The Catholic Telegraph, 100 E. Eighth St., Cincinnati, OH 45202.

This A Question of Faith column by Father Earl Fernandes originally appeared in the August 2015 print edition of The Catholic Telegraph. 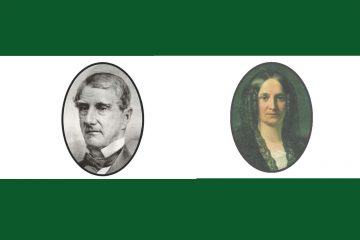